a few more
You do not have the required permissions to view the files attached to this post.

Is there a secret Cornwall MK2 Scirocco fight club? So many Sciroccos in the one area. If it was me and like yourself, you have a full time job that if im guessing has nothing to do with the motor industry, I would go for one car first and build a solid shell with a good paint job. You could use one car for cut offs. At the end of the day your still saving one and building it to last and not a quick patch up bobs your uncle that will last a year or two. Anything after this can easily been taken off and on and modified to your hearts content. Theres no point spending a fortune on mods only to find they all have to come off due to lack of body structure. On ebay recently there was a 2.0L 16v that sold completed by Lizard Retro Classics. I've never heard of them and I do not know them, but they seemed from the bumpf very keen Scirocco fans and sold a very solid example. Maybe gave them a shout as there in your area.£3k for inner and outer sills and rear chassis arms is very expensive and I would get a requote on that.

Thanks Whiteshark, I think that's the route Im going down. I just dropped round to look the other chassis and the front lower rail/longitudinal member is bent to about 15 degrees, so obviously had quite a shunt, along with the front quarter has ripples along the top, so may not be cost efficiently salvageable anyway. I guess its now a case of working out whether it's cheaper to repair that finding someone with a jig to see if the full frame is bent, or use that as the sacrificial lamb and literally cut all the good bits out of it to weld into the other one!
Ah, decisions decisions. So either way, it looks like one of them is being broken so will have loads of parts going spare soon! Engine/gearbox/exhaust/hubs etc. Best place would be here in the classifieds and eBay I guess?
I've got a guy coming over Thursday who's done some welding for me in the past to have a look for me, I might get the structural bits done (if not too expensive) then tackle the rest myself in a DIY learning curve. It won't be a patch up job, I want this thing to drive around for a few years then sell on eventually, with the idea of doing another project at that point.
Thanks for the tip, will give Lizard Retro a shout as well and keep this thread updated with my progress.

A couple of pics of the other shell damage. Its a shame, otherwise its amazing!
You do not have the required permissions to view the files attached to this post.

Decent underbody. It's been rolled over now and is clean on the NS as well.
You do not have the required permissions to view the files attached to this post.

So, the second shell is now at the body shop, with the first one being consigned to the dustbin/stripped for parts, but the project is a goer! The gti engineering 1.9 bottom end is on its way and the parts will be slowly refurbed as time goes on!

Good luck and keep us updated with the progress.

Thanks white shark, I’ve had the frame measured and checked, it’s all ok other than that front arm which is being replaced. Fortunately you can still get hold of them for a reasonable price! And the wing has been swapped with the wing from the black one with a new arch, so it’s going ok at the moment! Other than that the shell is solid for a 30yo car, compared to the black one, even the body shop couldn’t quite believe it.

It will be a bit of a frankencar of the two by the end, using the door and boot of the black one for this shell, and I need to find new vinyl for the roof and an upholsterer to repair the worn drivers seat in the Cornwall area, but otherwise parts seem easy to come by.

Is there an easier way to upload photos? Seems to take an age, as I have loads of the bits so far.

Try tapatalk app if you are taking pictures on your phone as you can upload them from the app.

Keep the updates coming as always good to see another Scirocco being saved.

Keep the updates coming as always good to see another Scirocco being saved.

Cheers, will give this a go!

Currently have a question, may have to post in the engine section too. The engine I will be using has a blanking plate where the fuel pump should be, and there is no vapour separator attached to the cam cover.

I am assuming in this case the fuel pump has been replaced and is somewhere else in the vehicle (which I no longer have :-/ ) and the vapour accumulator has been removed entirely?

It has a double choke weber with lynx inlet on it, not sure if this makes a difference? Trying to work this out in case I need to keep the existing fuel pump and vapour accumulator? Thanks for any help on this in advance! 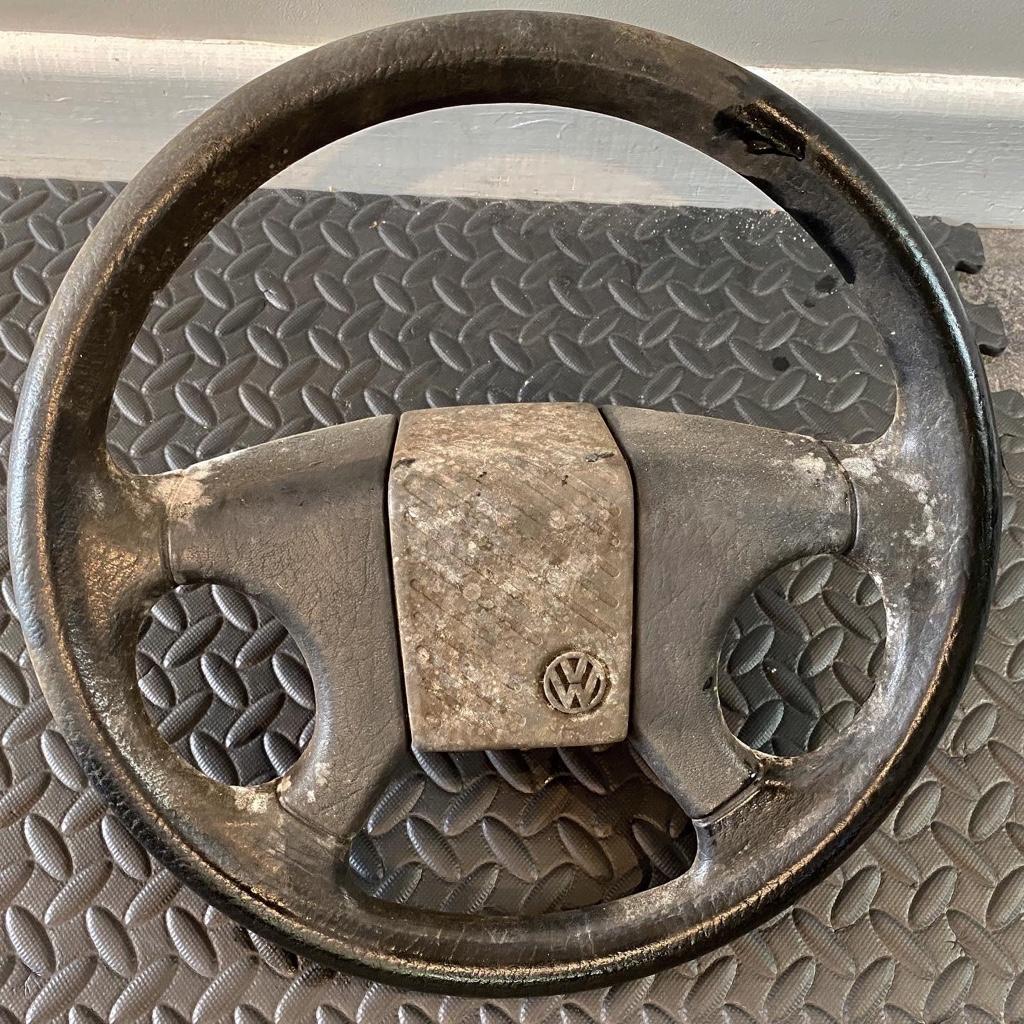 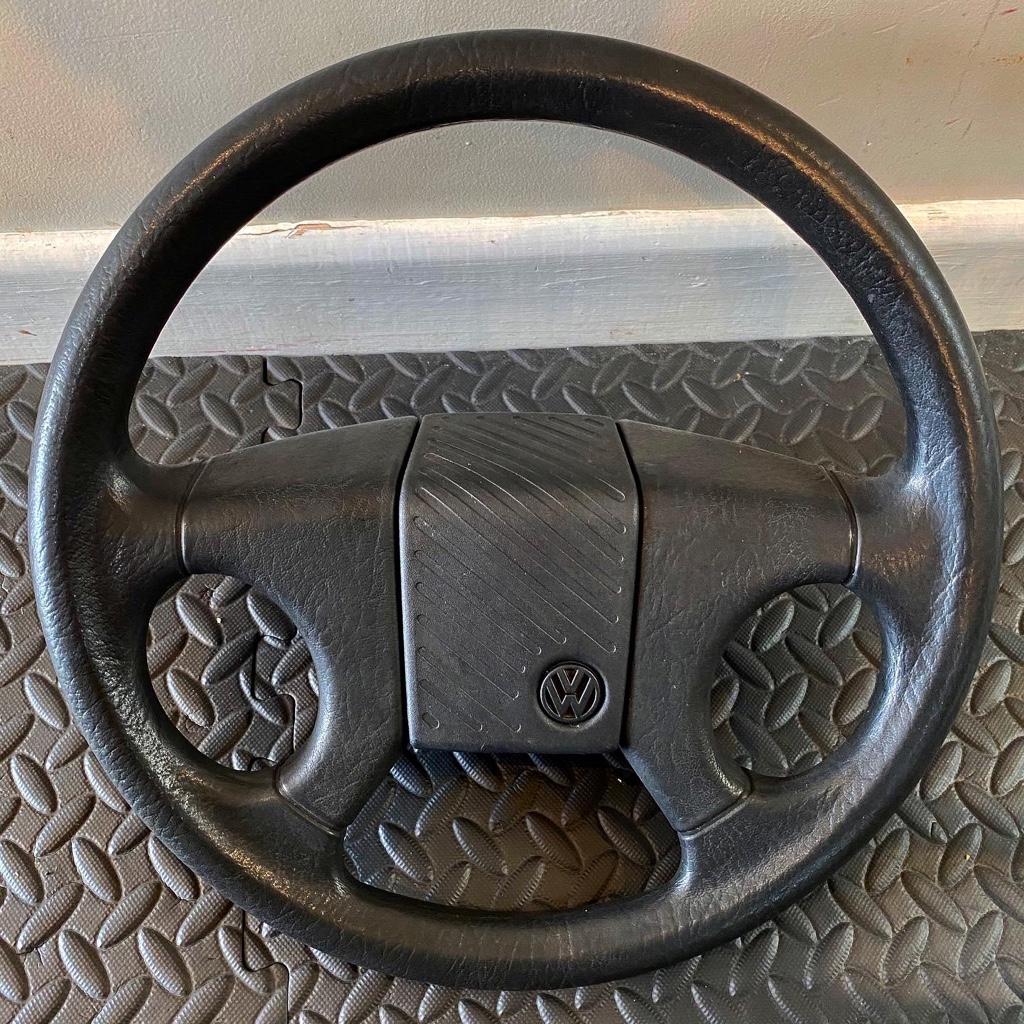 Sent from my iPhone using Tapatalk
You do not have the required permissions to view the files attached to this post.

I guess someone fitted an Separate electronic fuel pump and removed the mechanical pump.

You could either re fit the original set up or wire in an electronic fuel pump...

You could either re fit the original set up or wire in an electronic fuel pump...

Thanks Mark,
Is there any preference on these in the scirocco? I know some other marques have a preference for an aftermarket pump? I’ll do a bit of research today and work out what I need to keep. Looks like heritage do them if I don’t keep this one and change my mind later.

I’ve not had any problems with a standard mechanical pump.

Ok, so a bit more researching leads me to believe the engine I have is a DX rebuilt GTi engineering 1.9 bottom end, with big valves and a twin choke Weber 45 Carb. Should be quick enough, and that led onto fuelling questions. Apparently to fuel this setup I need an electric fuel pump located near the fuel tank, so I have one of those on the way.

Second dilemma, the steering rack I have is pretty knackered, and I've seen them on Heritage for relatively little money, however the mounting parts for the gear linkage don't seem to be available anywhere? As in the bits which the selector lever attaches to? I have the old ones here and could fabricate if needed, but would rather have proper ones.

Also, how far gone (in terms of rust) do wishbones have to be before they are unsalvageable? I know this is a vague question, and I have 4 so not too worried at the moment, but want to know if these others can be saved are or ready for the scrappy.