Thanks for sharing,especially the seals around the locating points. I’m seriously thinking of buying the rear window Louvres. In doing so will mean releasing the spoiler, and disturbing the seals.. cheers

More crap to keep this topic in the duller side of life.

Present arrived from classic parts Germany as Heritage couldn't be arsed ordering an item or they can't work out the colour code part of a part number. Anyway new drivers wing mirror as the existing one has taken a whack and cracked on the lower rear edge and a steering column upper trim section.

Removed the steering wheel and existing lower turn section to discover that unlike a Corrado the dash seems to have taken up residence on the upper trim section and even if it was coming out then there was no hope for the new one going in in one piece. Oh well job for when I eventually remove the dash to sort the crack I guess. Threw a new Meyle indicator stalk in while I was there for good measure and soaked the wheel in vinyl and rubber care prior to refit.

Then onto front wishbone paint prep followed by a prime in Zinga. I'd baked the top caps for the front and rear suspension in the oven earlier on the day so I moved onto suspension build up, rears are done but the fronts seem to be short a washer or two so stopped at one for the moment - love a kit that is missing bits.

Looks like the run of good weather is coming to an end so would like to get the rear suspension swap done tomorrow alongside the ARB bushes and rear beam bushes - if I can get bodge up something to push those in with. 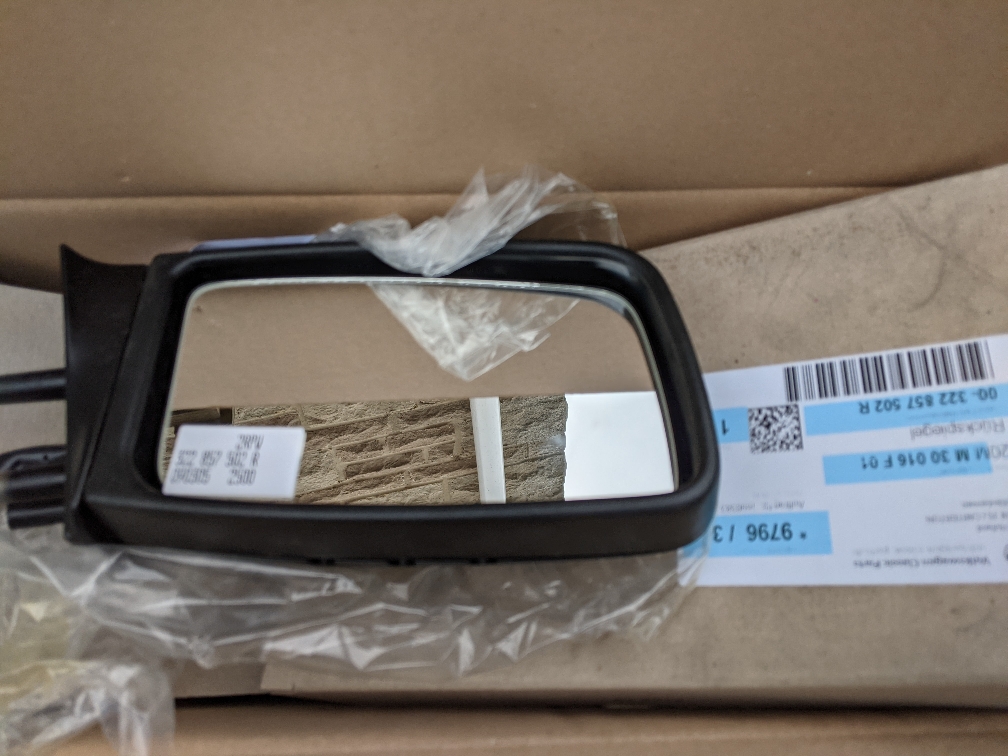 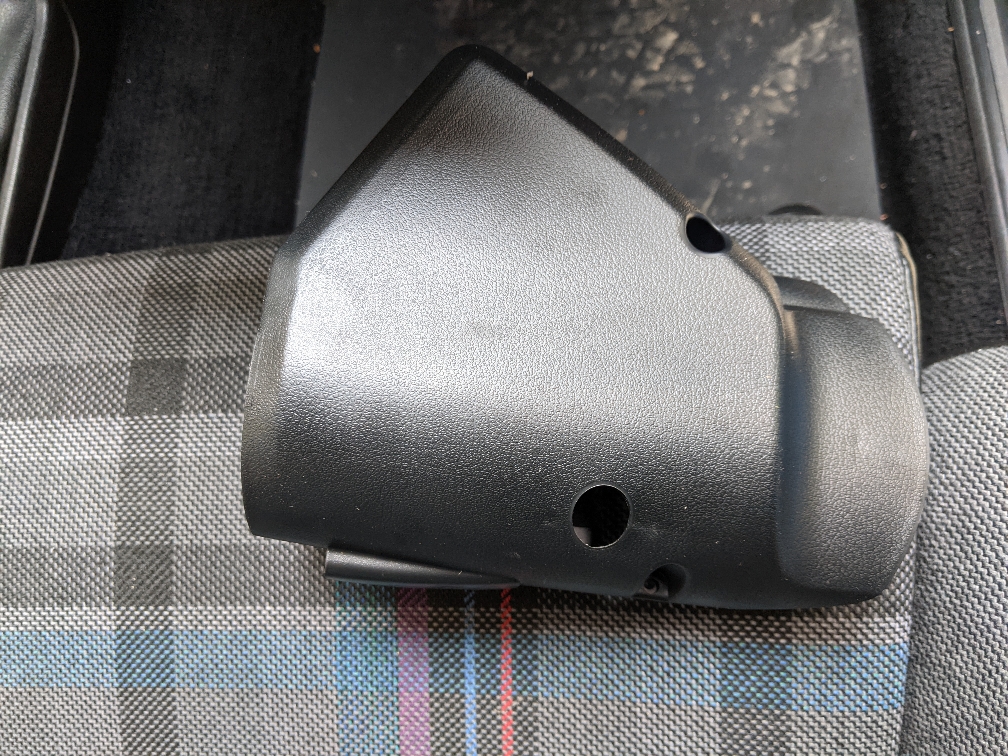 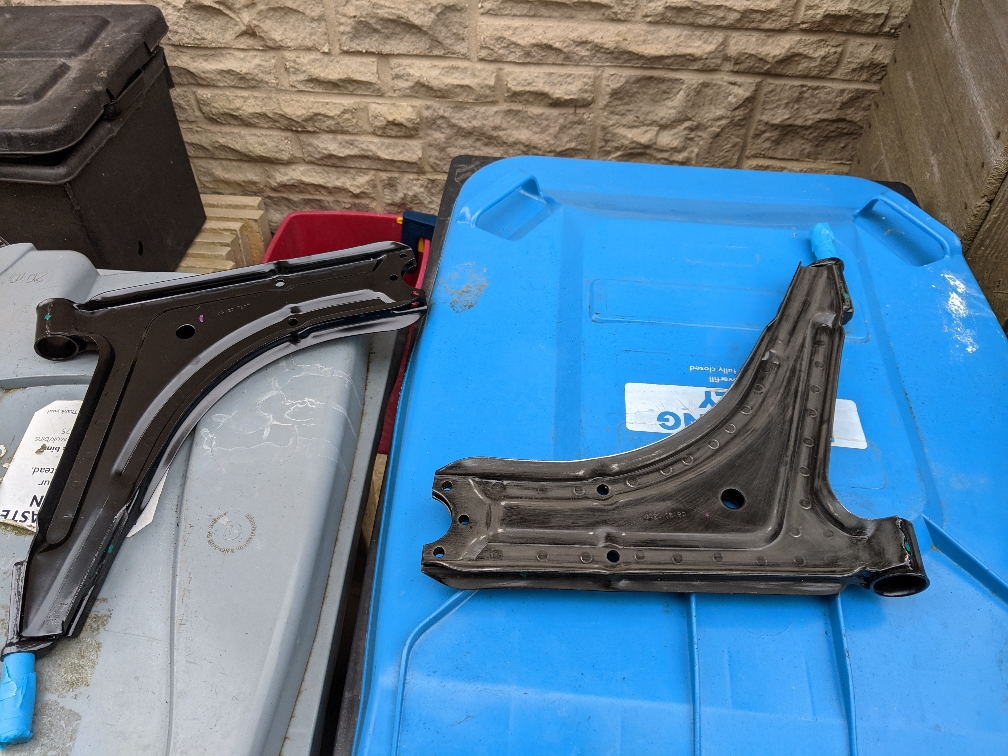 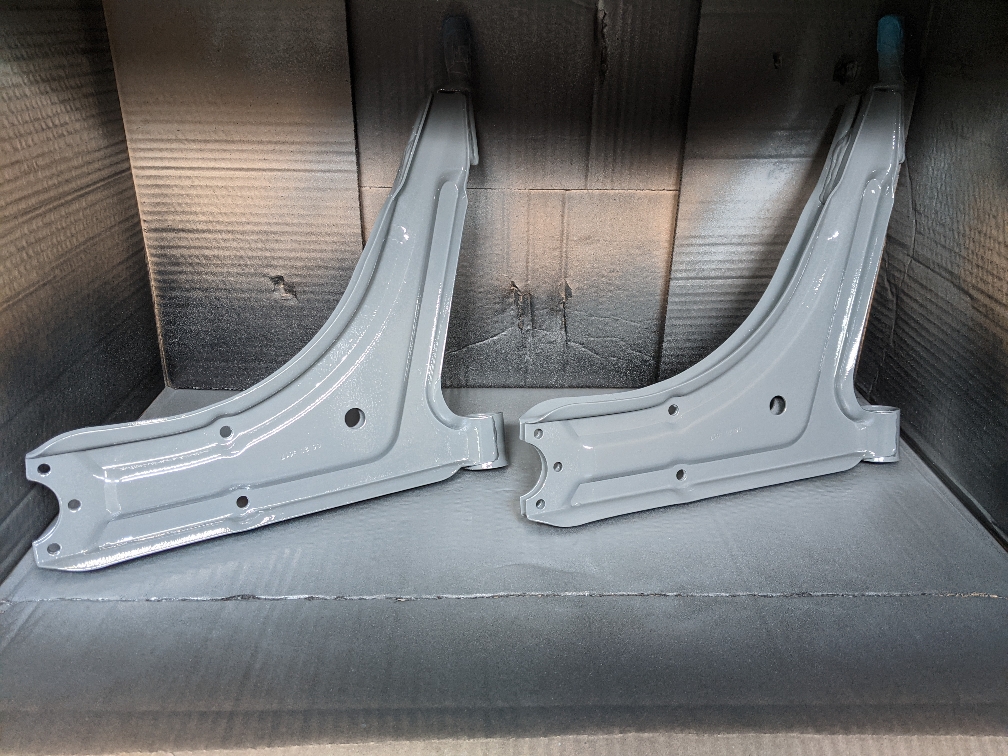 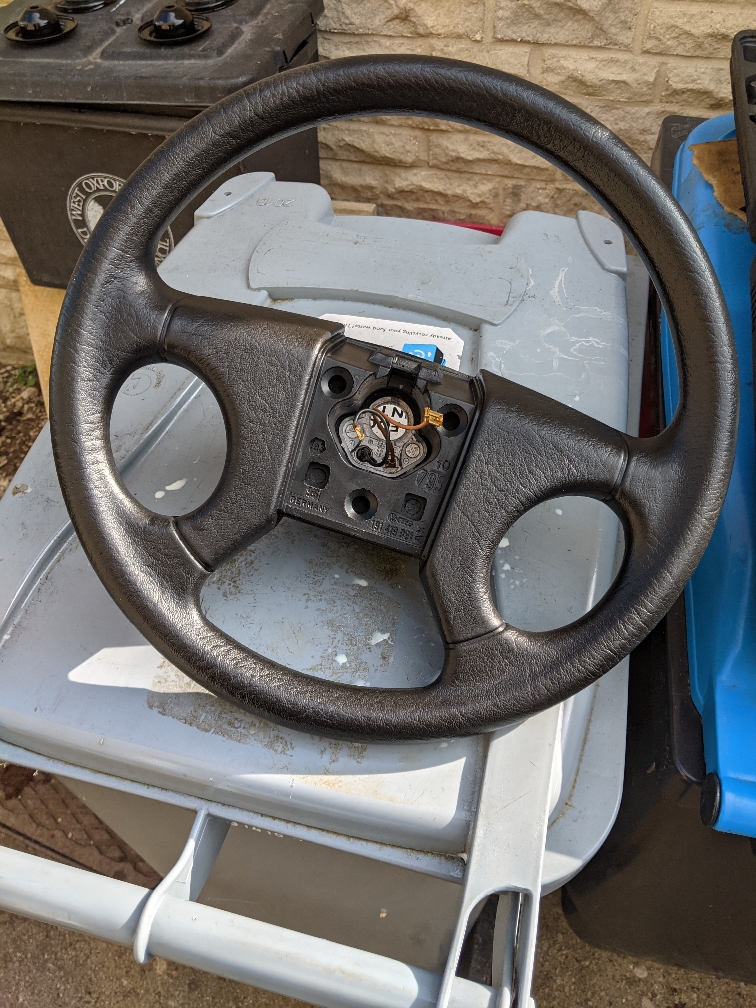 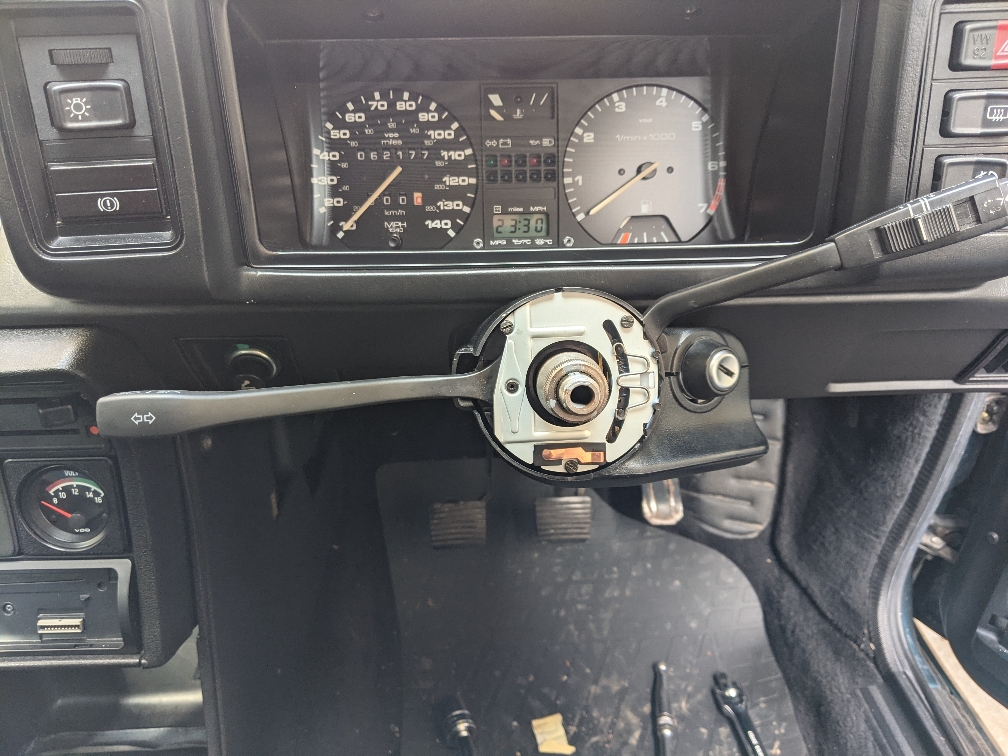 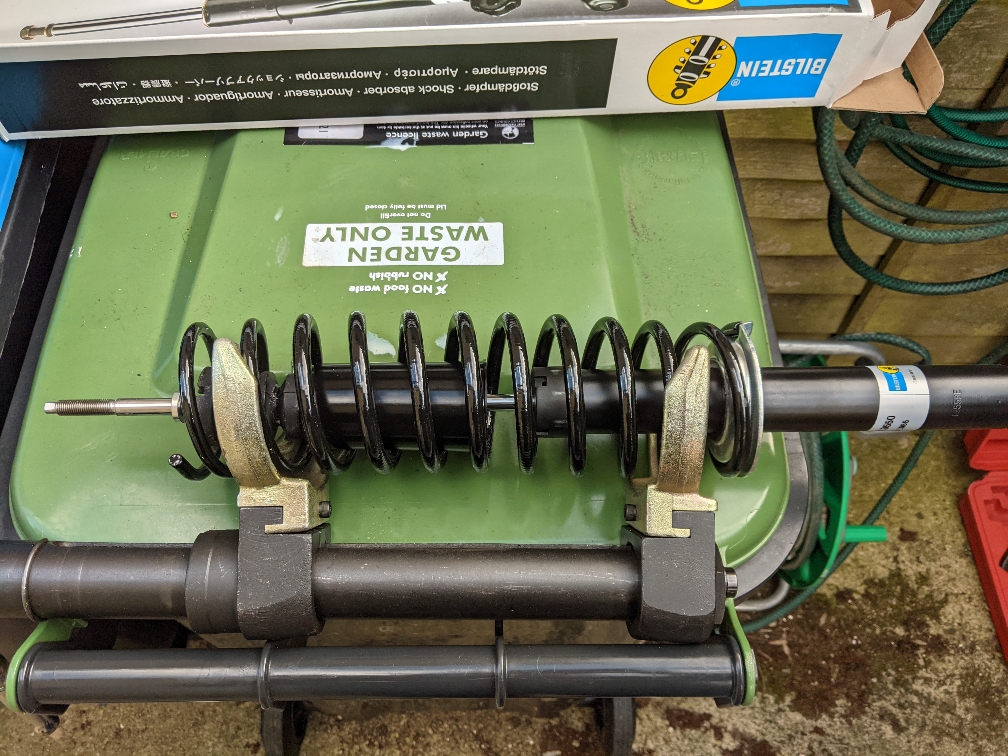 Hope the weather holds out for you another day, weather is changing here in sub -tropical Lancashire

Good news bad news day, got her bum in the air to drop the rear beam and replace bushes etc.

Decided last night to replace the brake flexis front and rear as they were still OE rubber ones, which is good as they are seized on at the beam end.

Managed to get the axle pivot bracket nuts off and the lower suspension bolts and nuts too.

Bad news front, offside handbrake cable is completely fecked so I might as well replace both. Fuel tank breather has corroded through to the inner arch, both of the front sections of the rear sills have corroded - not too badly that it can't be cleaned up for now and treated with the long term job being welding in some new metal.

Also found some corrosion on the front inner face of the fuel filter area after removing the rubber grommet from the filler flap.

Previous owner has got black mastic happy at some point on the nearside front end of the rear arch to try and cover up some further rot.

Looking at a of the rot it's all tied to a lack of cleaning the mud build up in the arches - compounded by a crappy lowering kit which further restricts access.

So a little grumpy as wasn't expecting any rot to be more than a bit of recoverable surface.

Decided to clean up and paint the rear beam too whilst it's out - I don't plan on going back in there at a later date. 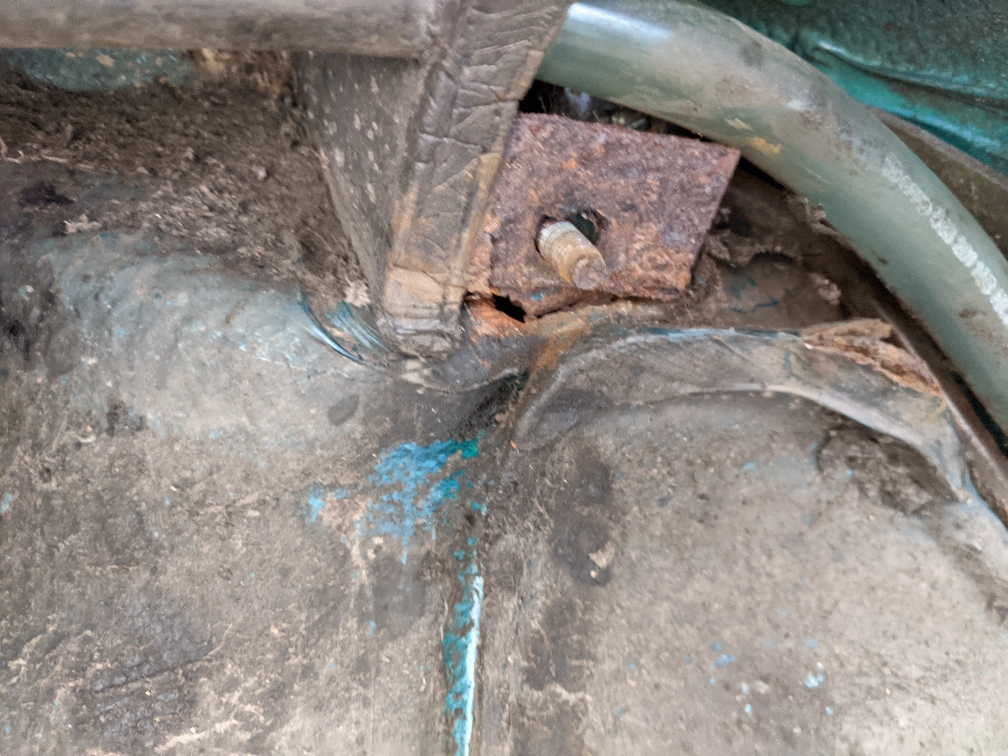 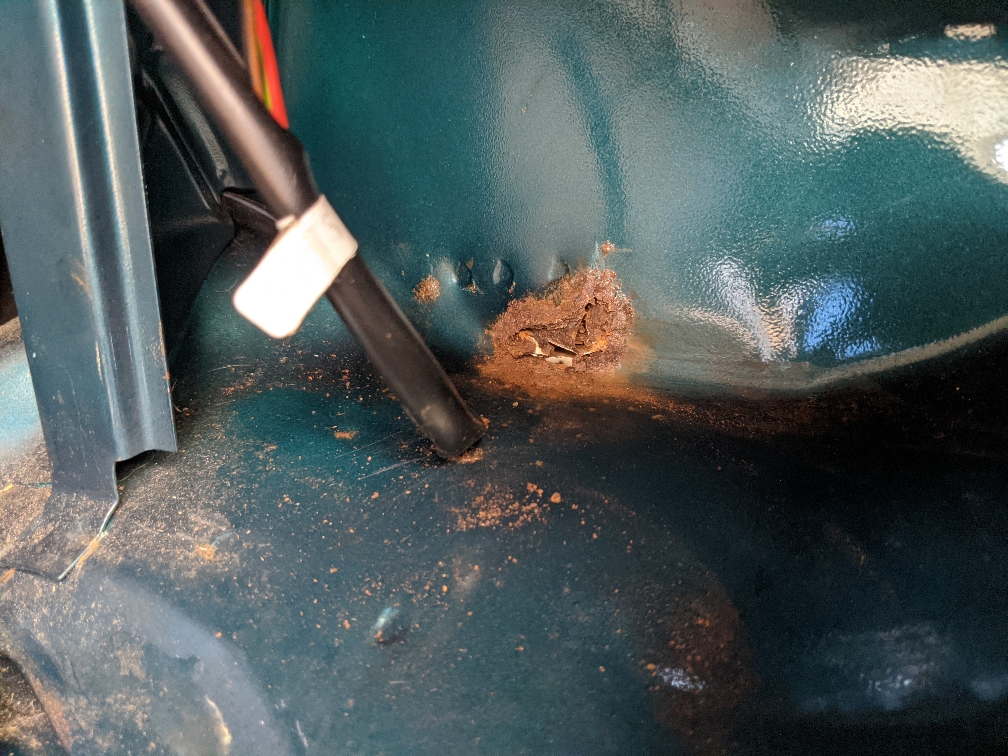 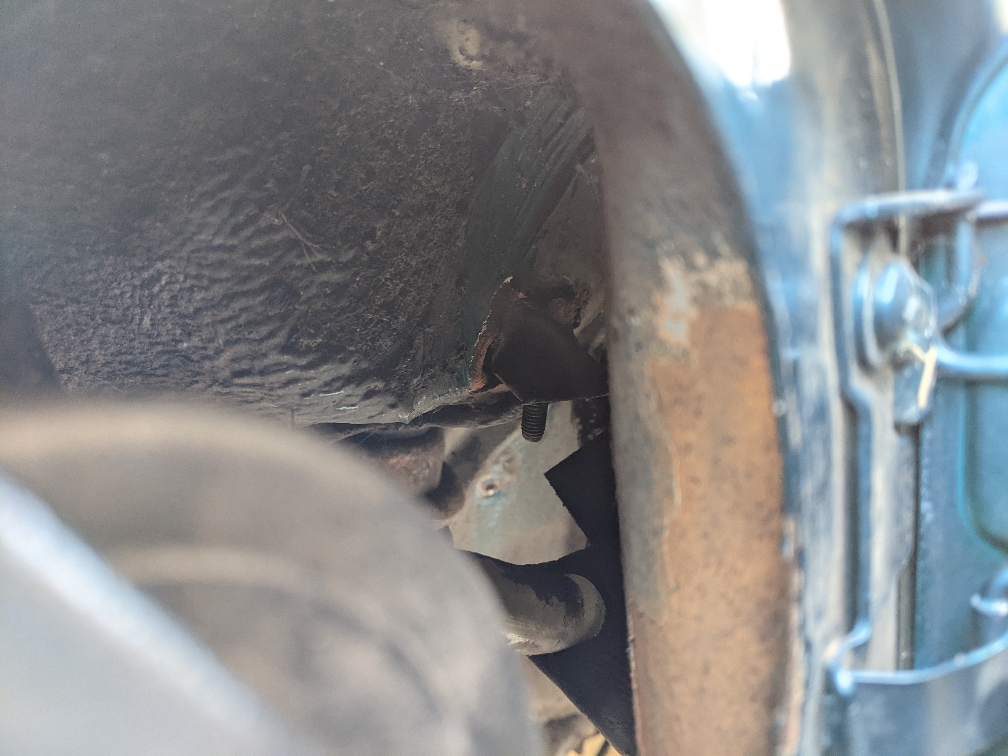 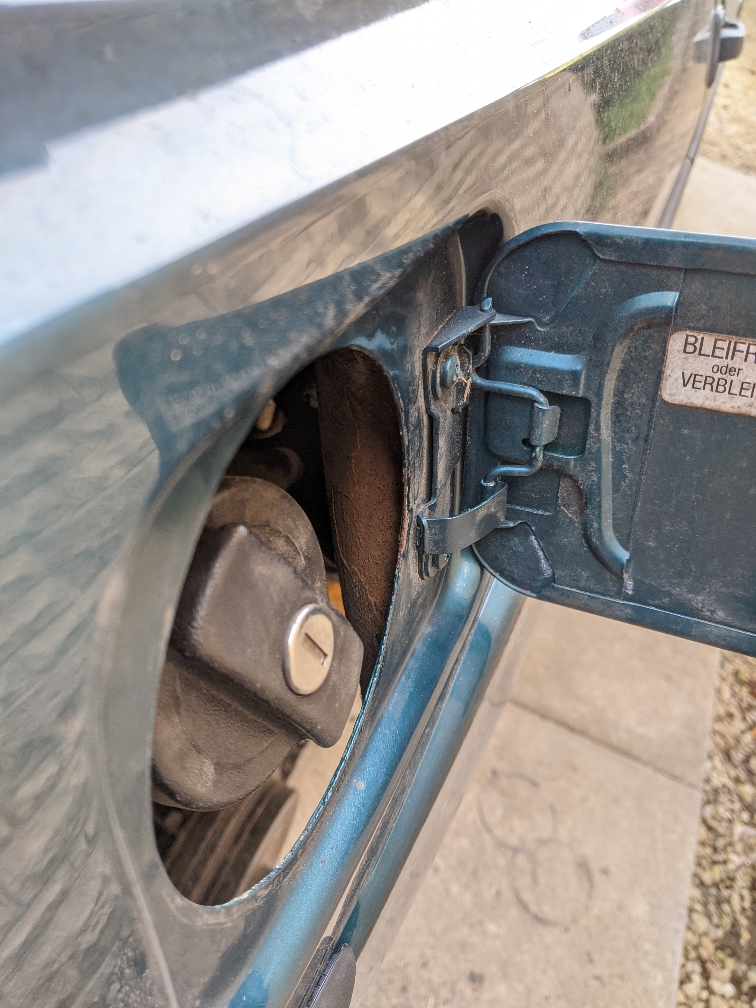 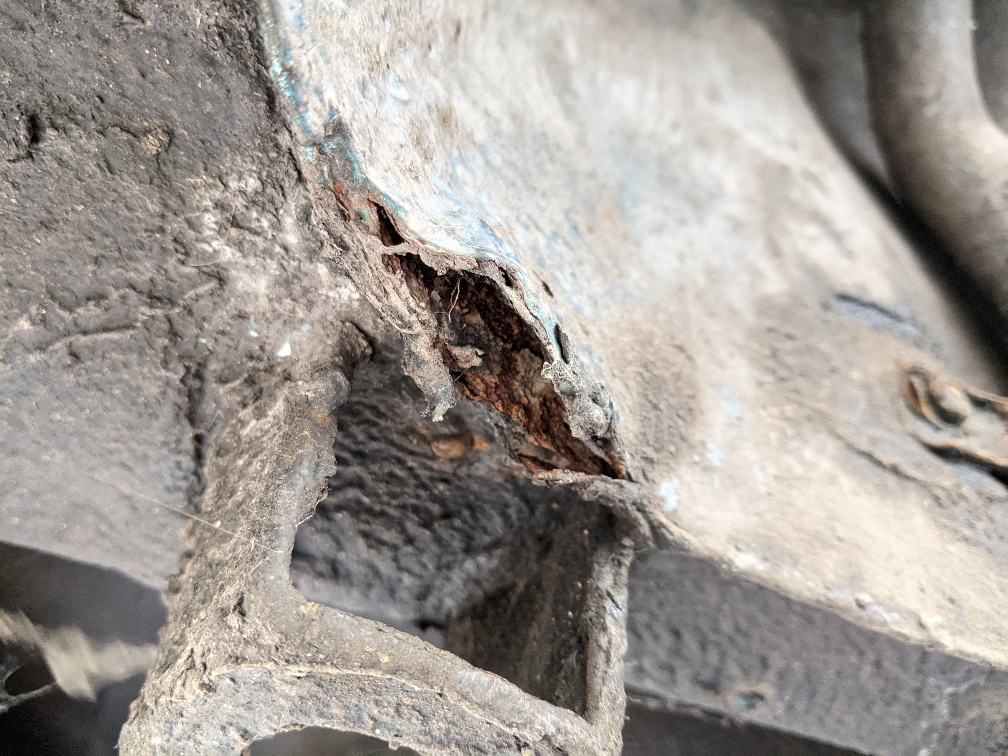 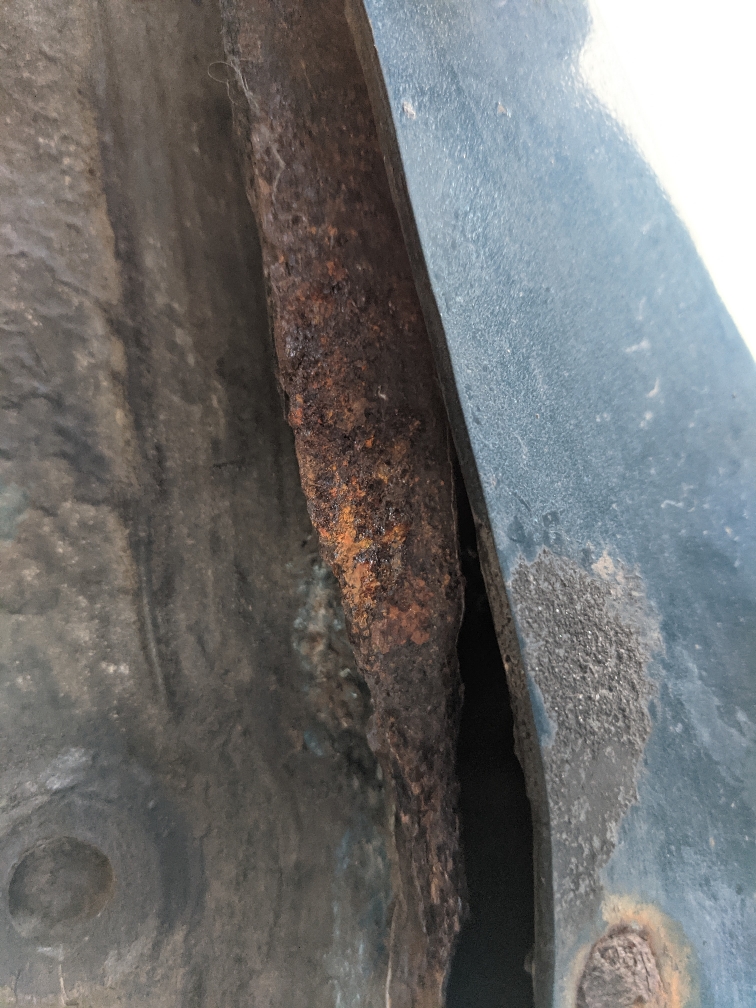 Have you been looking in on winston 1988 gt mk2.
Really interesting build, a talented chap who is doing a fantastic restoration job...

Have a good check on the condition around the rear beam mounting points. They can be subject to rot. Better to find out now whilst you've got it all stripped off.

Well I can't upload anymore images this month according to Tapatalk and have run out of time to resize them so the forum will accept them as an attachment!

Cleaned up both rear inner arches today so I can see if there are any other issues after dropping the rear suspension out - nothing more on top of the bits I found yesterday and managed to un-feck the mess that a previous owner had left behind after attacking the inner arches with some sort of underseal spray.

Further coat of paint on the new front wishbones, another order in with Heritage for various new fasteners and I think I've reached the point where I am throwing the beam, brackets, ARB and drum backing shields at a blaster for clean up and powdercoating if they can turn them around fast enough.

On looking at the removed rear suspension I have another bone to pick with the former owner who fitted the lowering kit and dampers - they didn't replace the top mount bushes when they did it. Having done the same job on 4 of my own Corrados over the years and this car having only done 62k its pretty obvious these are the original items and the lower ones are completely knackered. I've taken some photos and will stick them up but aside from money (albeit thats a big one) I never understand why folks do half a job when it comes to suspension - its well documented that changing one bush just means it wears out faster, save up do the whole lot and you should be good for another 50k and 10 years at least.

Rear axle beam bracket chassis mount points are pretty good on initial inspection, I'll clean up and surface rust that is there when the beam is properly out of the way.

Bit of a hiatus as had to replace the garage roof whilst the weather was decent, small person supervision etc.

Finally got back onto it yesterday, not very exciting, changed the washer hose as it was split and leaking so an MOT fail - had to warm up the new stuff to get it to fit but it's on now, washer bottle had a clean up too.

Ground out all the rust as far as I can on the driver's rear arch. It's been treated and a cost of Zinga on it all now to act as a primer. It'll have to do as I need the car mobile in a couple of weeks (with an MOT) due to the house getting some new windows.

Still waiting on various spares which is getting a bit annoying, some stuffs been on back order since early Jan!

Rear beam refurb plan is now limited to just getting all the rubber bits replaced and new handbrake cables on. Probably source a decent spare from fleabay and build it up with all new backplates etc and swap it out at a later date instead.

Waiting on new flexis arriving before I drop the beam as I don't like leaving brake systems open to air for long. 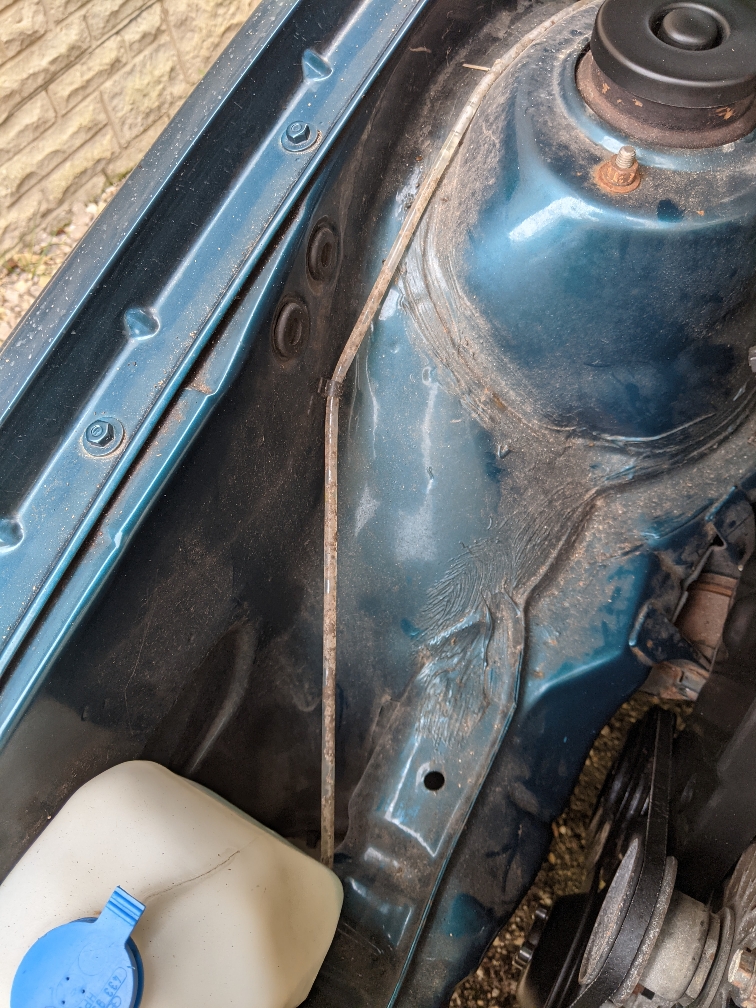 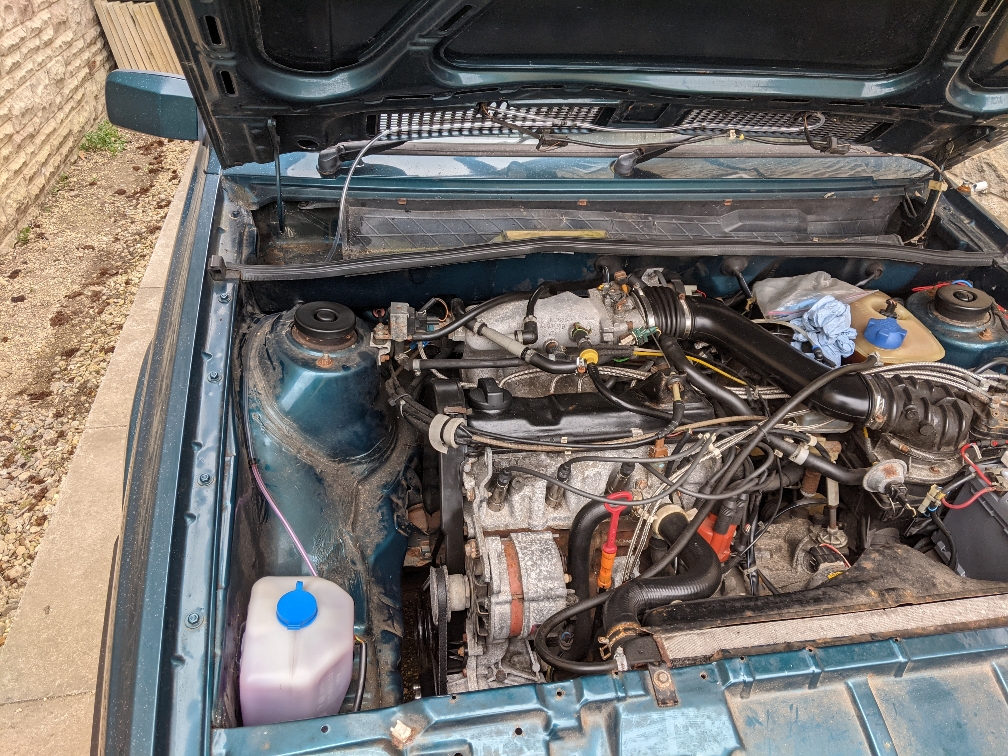 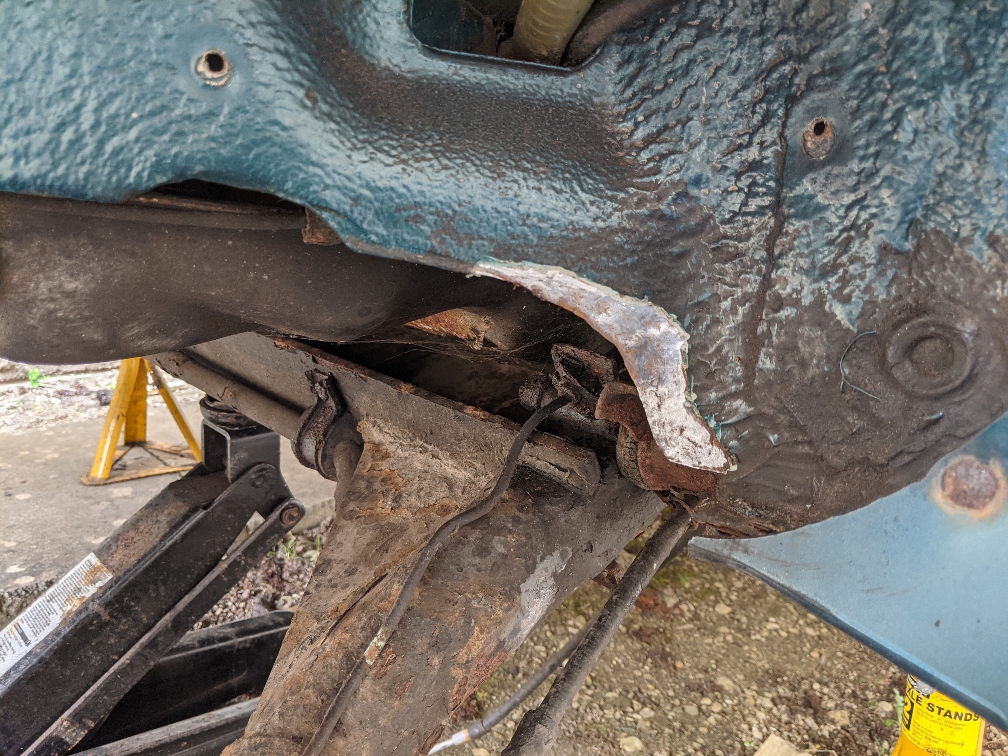 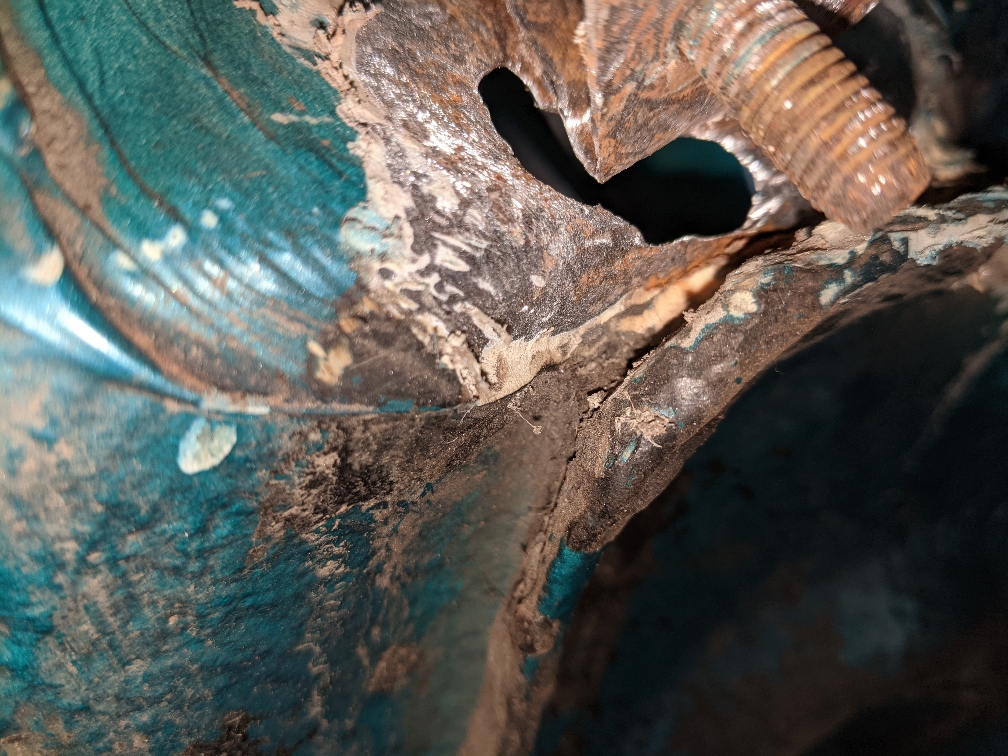 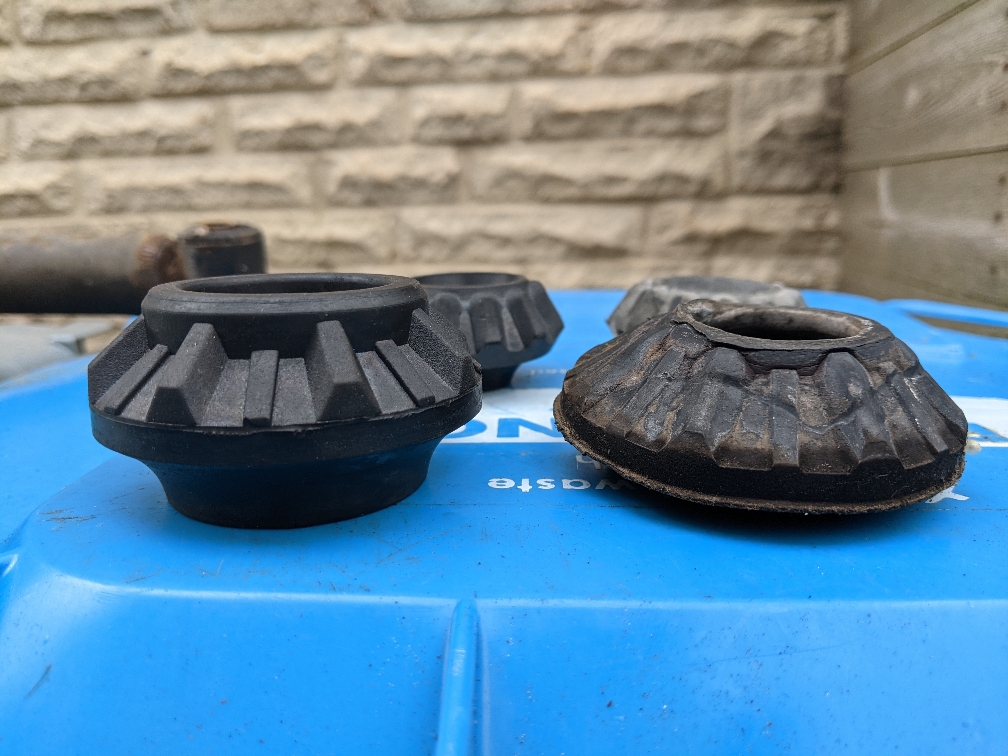 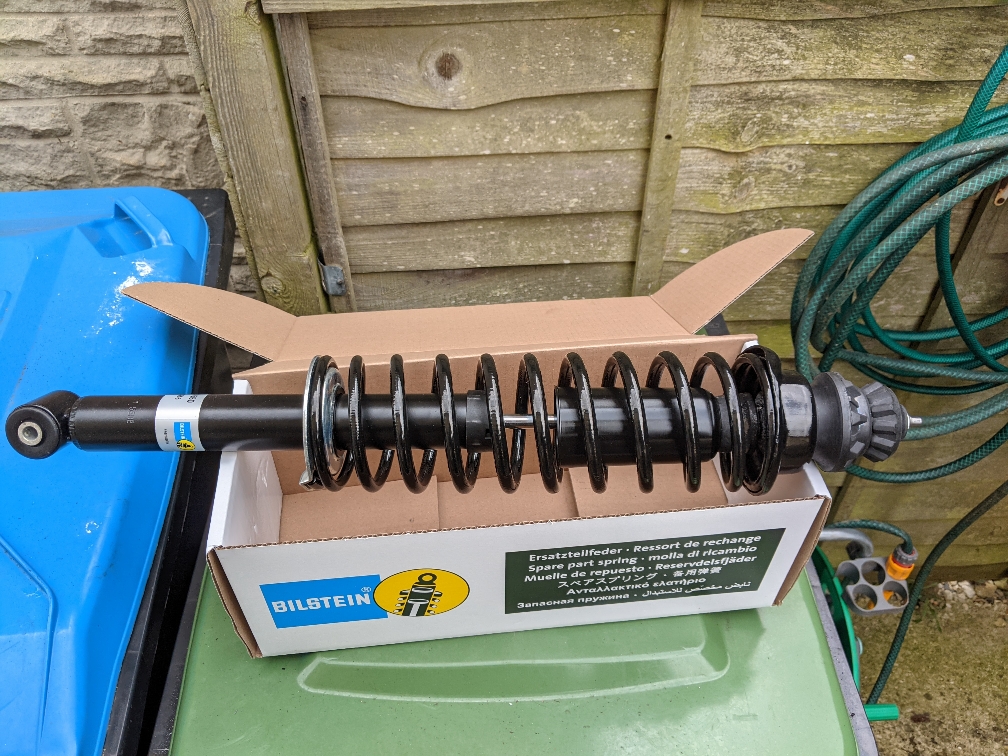 I see your car has suffered from the squashed rear rubber suspension mount, that should level up the car a bit.

Great work so far and keep the updates coming....

mark1gls wrote:I see your car has suffered from the squashed rear rubber suspension mount, that should level up the car a bit.

Great work so far and keep the updates coming....

My money is they are the original mounts - still have a VW part number hiding under the crud and the car is on 62k miles. I know the previous owner swapped the suspension (it's had 4) and it was tough to source genuine mounts at that point. What would posses anyone to refit them is beyond me!