More utter random stuff, took the passenger door card off as I wanted to look at the membrane and state of the inside of the door. It's all pretty good but I'm not sure what the membrane should look like - any photos of known good ones would be appreciated!

Have re-glued the door card fabric section back on the card, replaced both rubbers on the passenger door handle, took the opportunity to try and get and various marks out that always end up behind the door handle recess, first coat of top coat on the boot repair stuff and the water pump and crankshaft pulleys have had their last coat of paint - they don't look great but the point was to stick something in there to slow the rusty bits down after grinding it all out and treating them.

I need to sort the lacquer on the passenger door top edge but it needs to warm up before I want to attack that.

Still lots to do before an MOT but I'm still waiting on front dampers and rear springs to arrive as the last of the suspension bits. 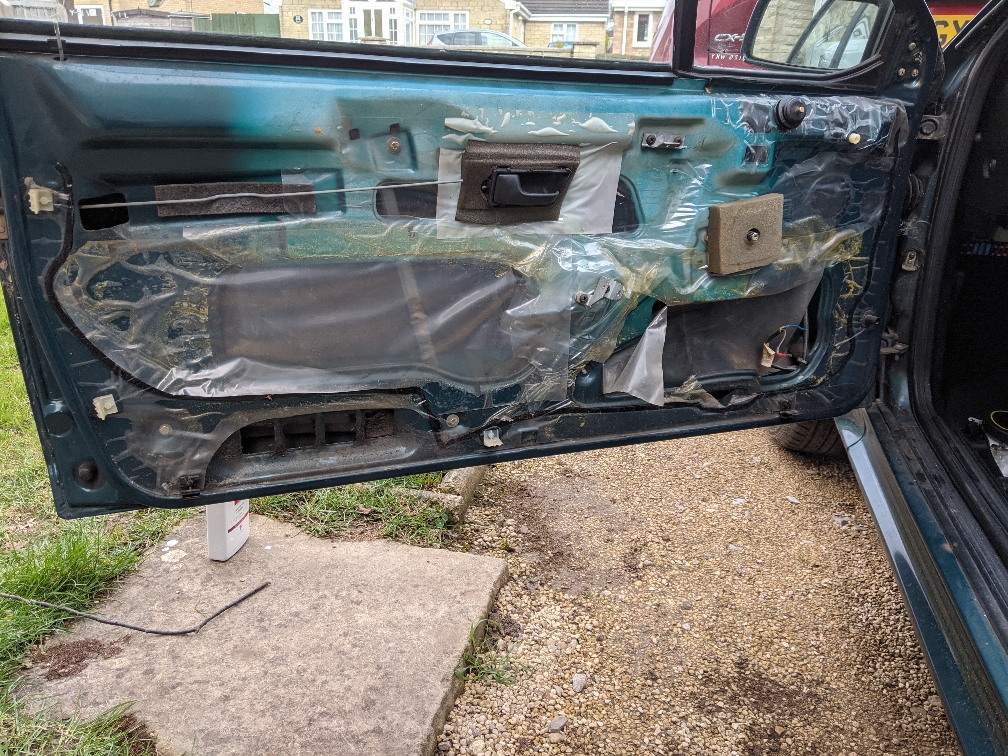 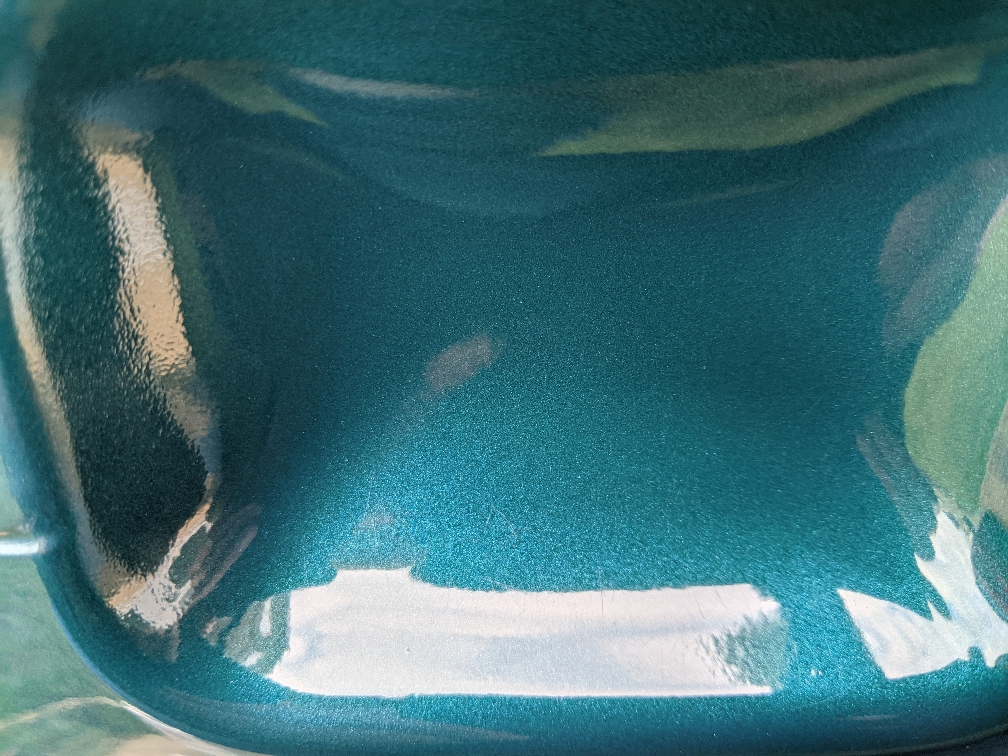 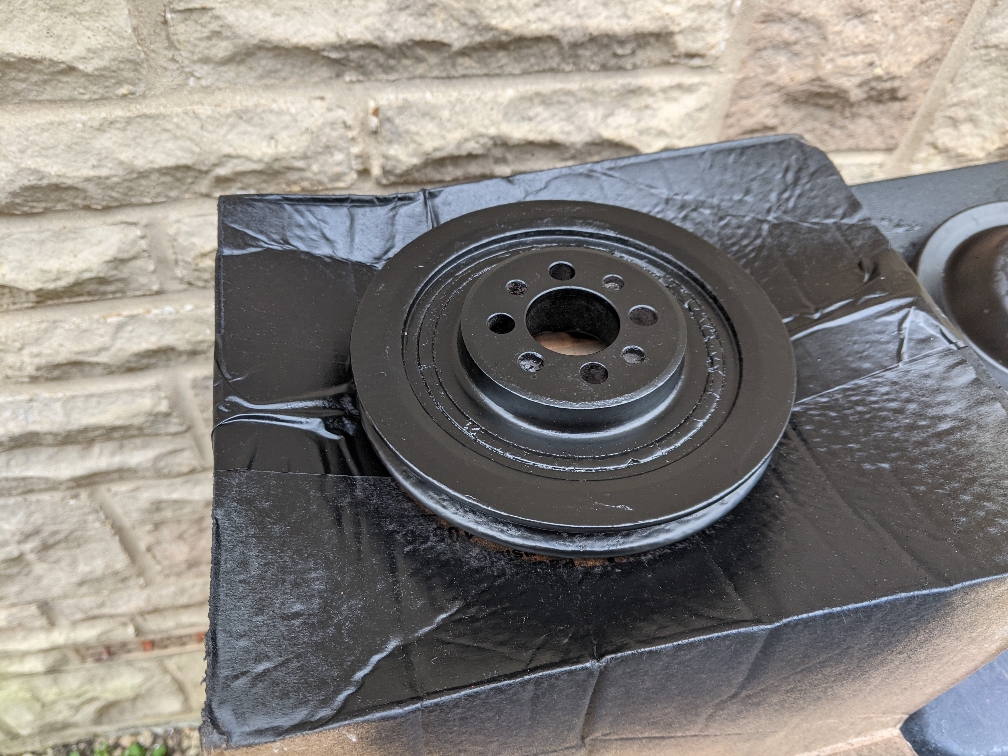 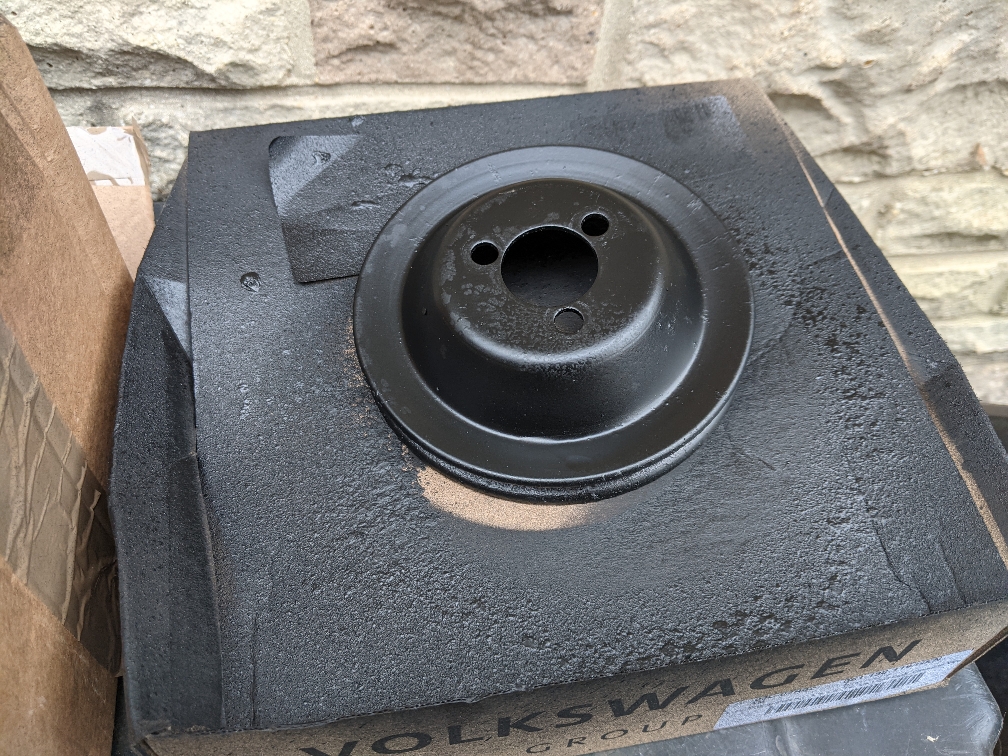 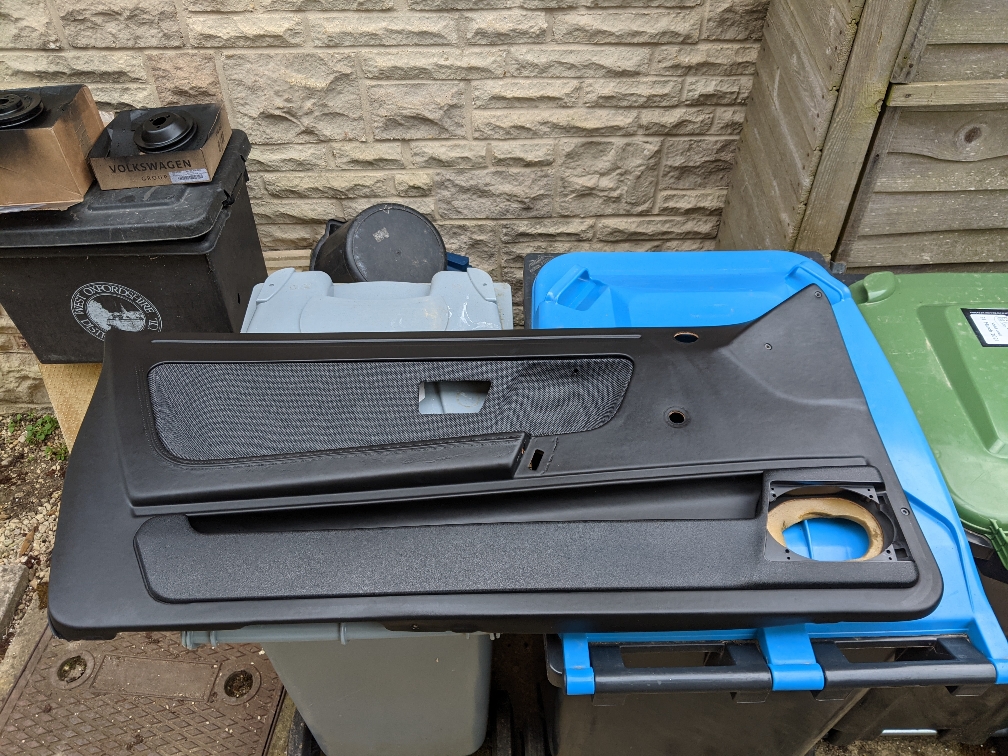 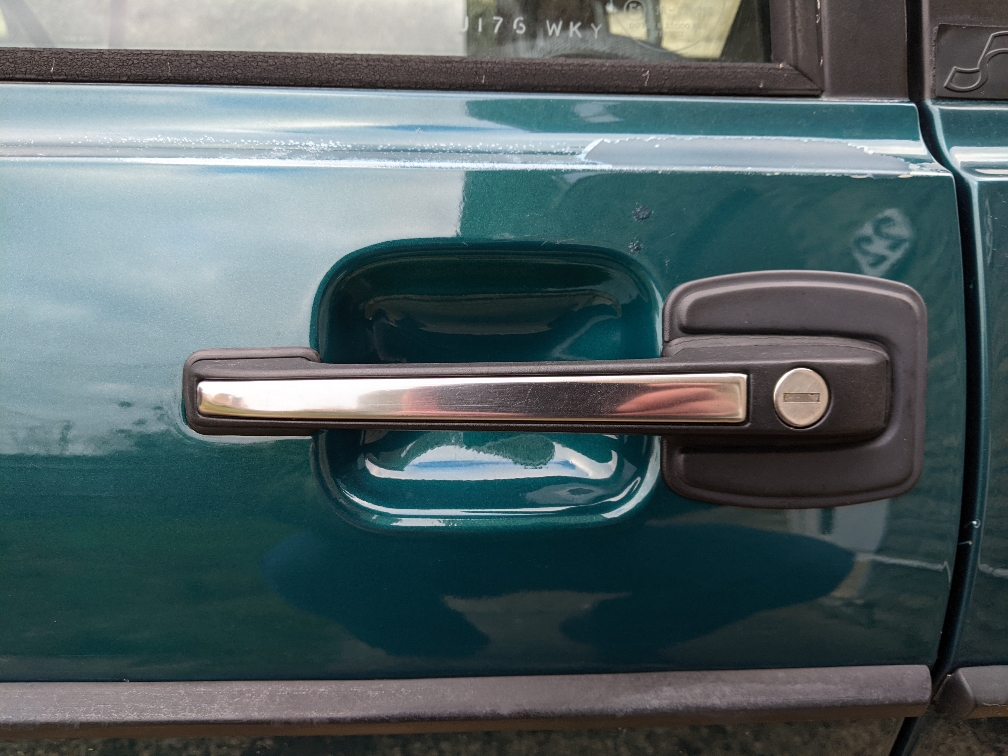 Keeping you busy!
Love that colour on Sciroccos.

Suspension bits finally arrived so prepped for a few extra coats of paint by masking off, light sand and clean with panel wipes prior to some Frost Chassis black going on.

Removed the passenger window and rear window runner, cleaned it all up and refitted prior to a new outer from Dreadnaught Customs.

Ran out of time to redo the door membrane but that's next on the list after a few more costs of paint for the dampers - paint is pretty thin even on Bilstein kit! 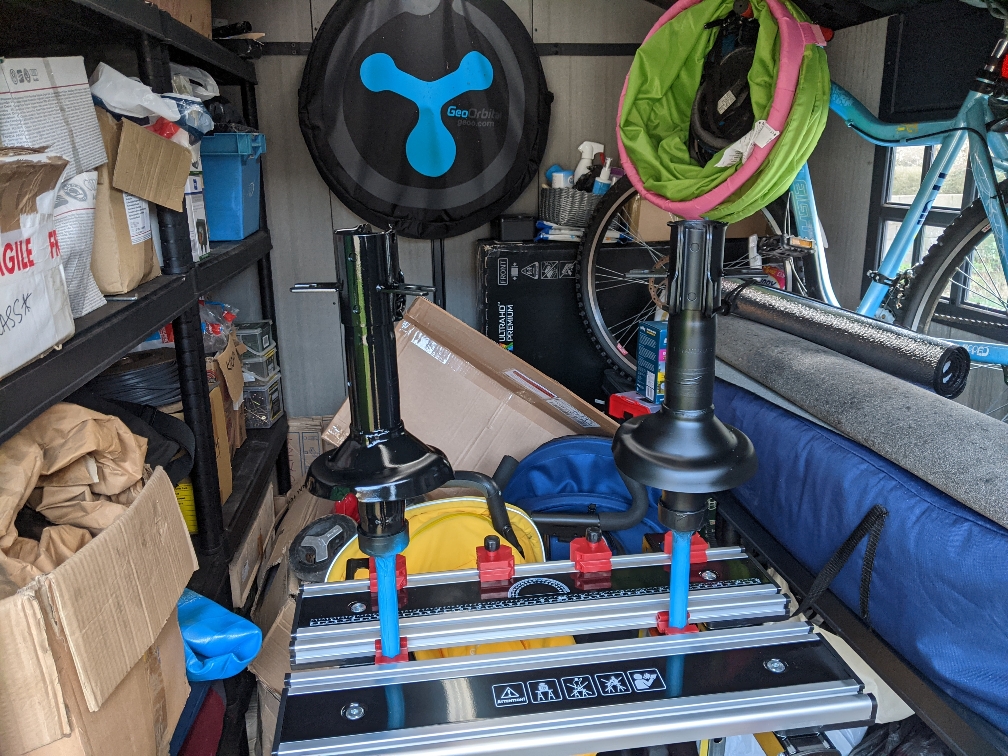 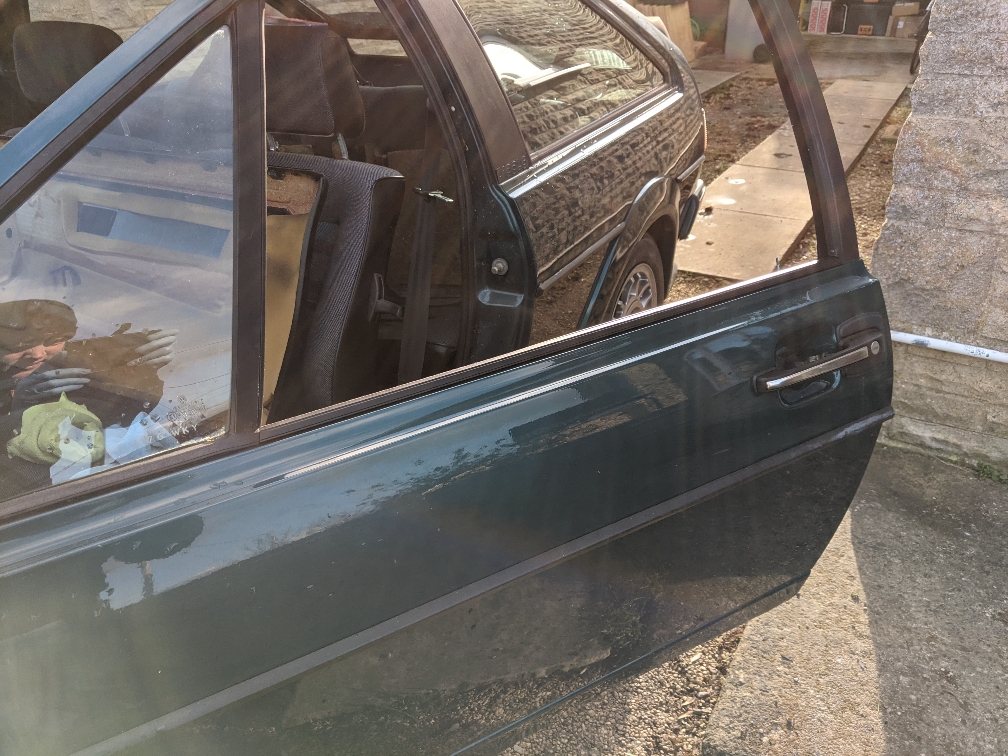 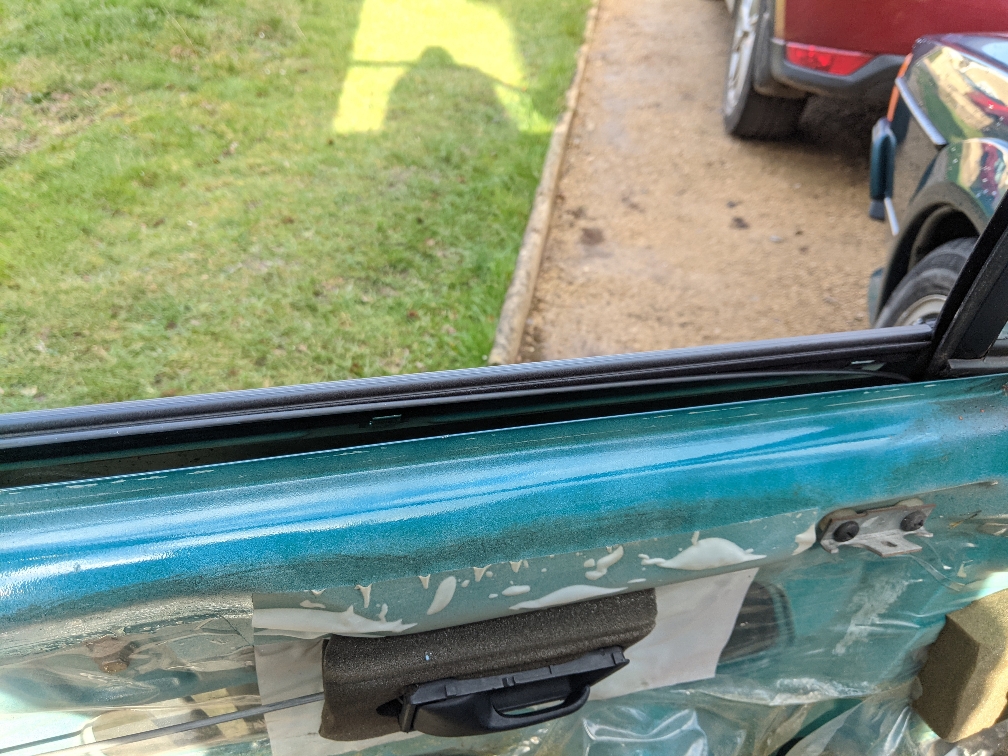 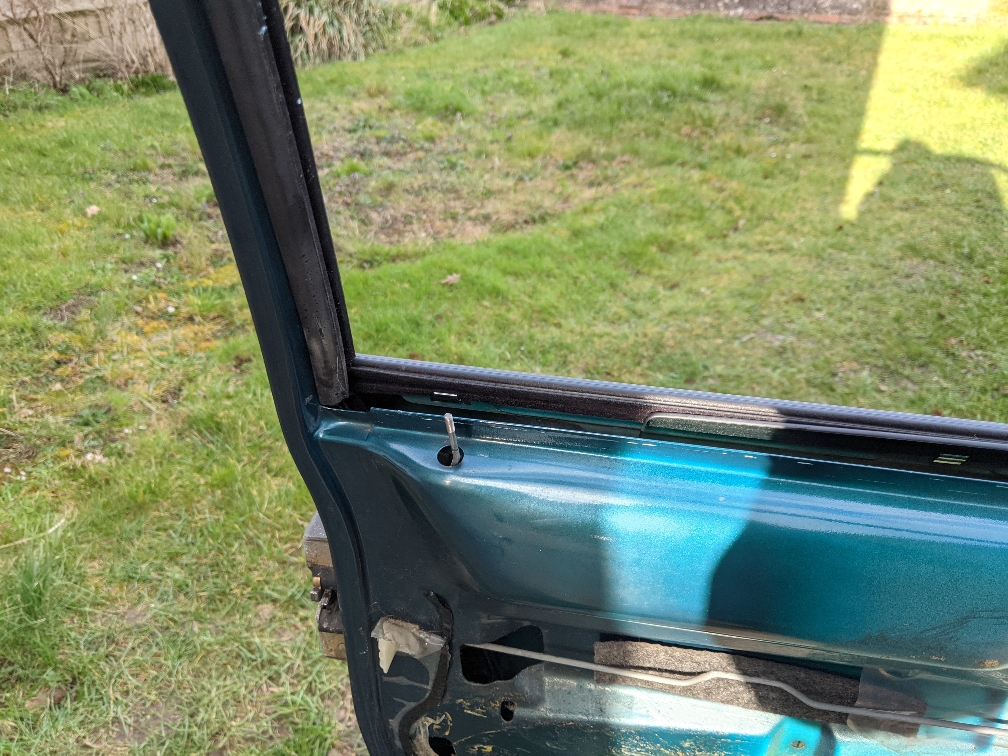 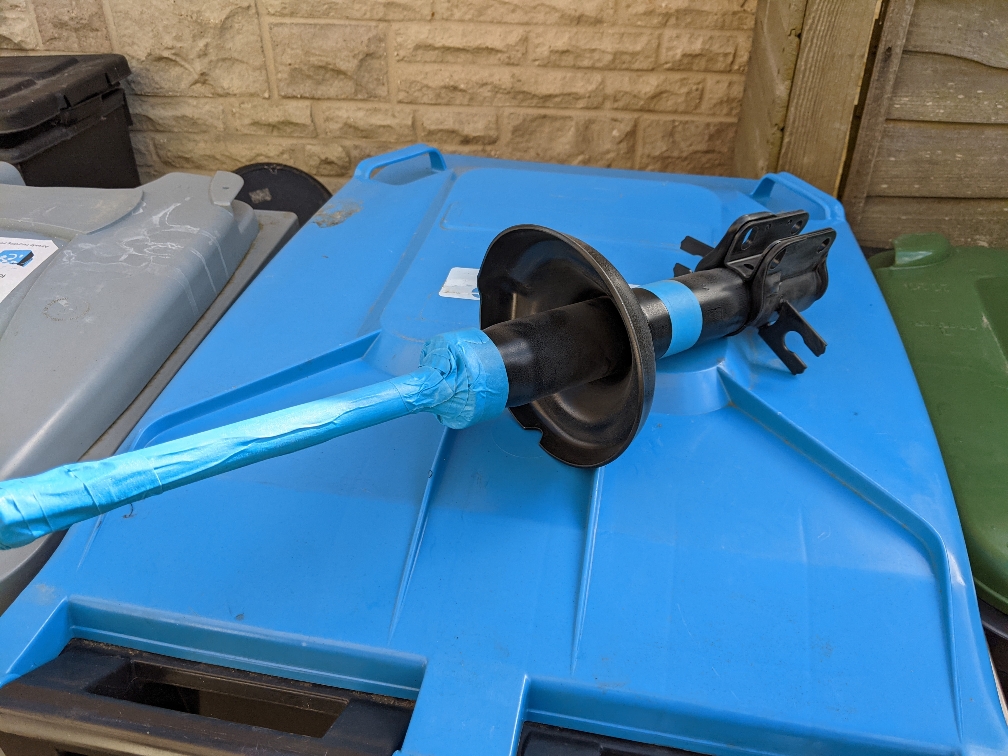 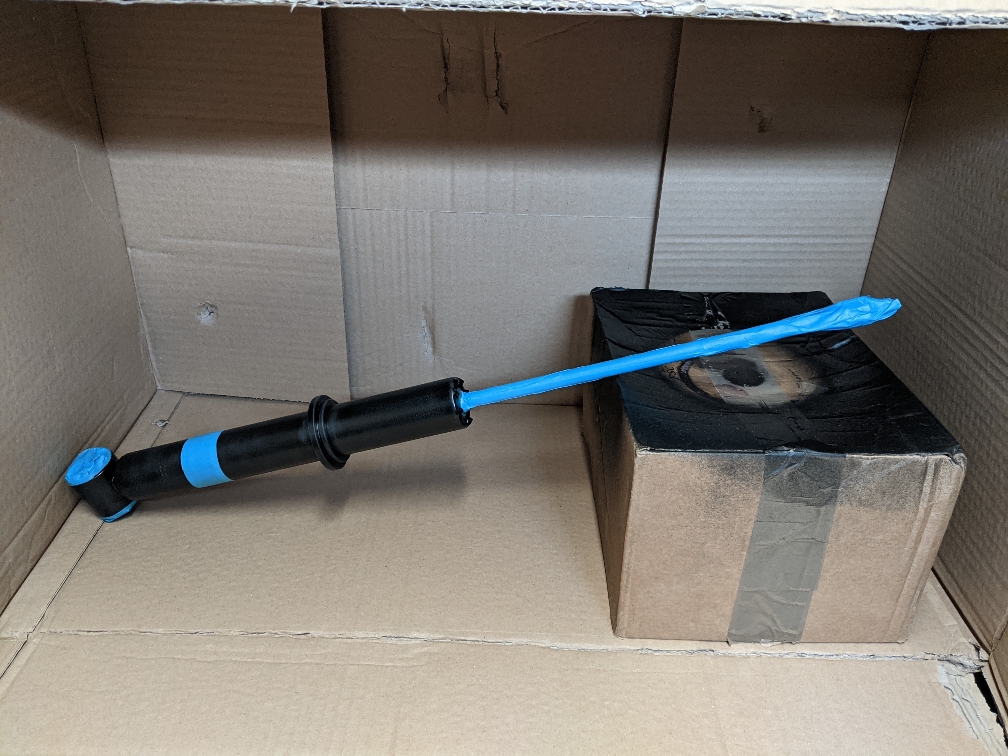 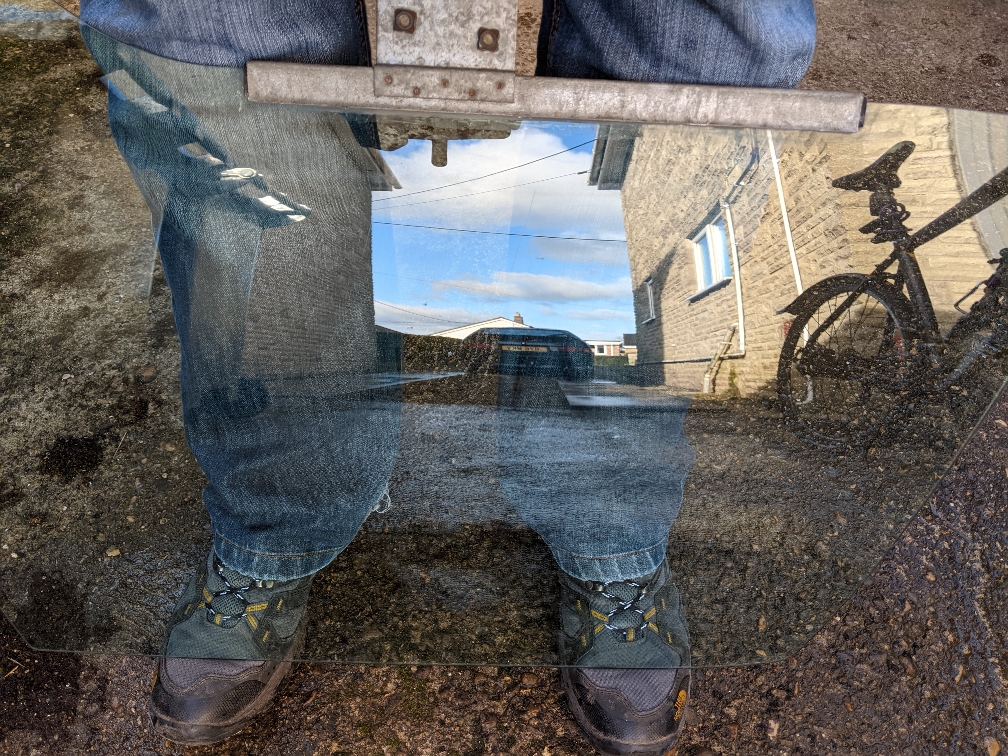 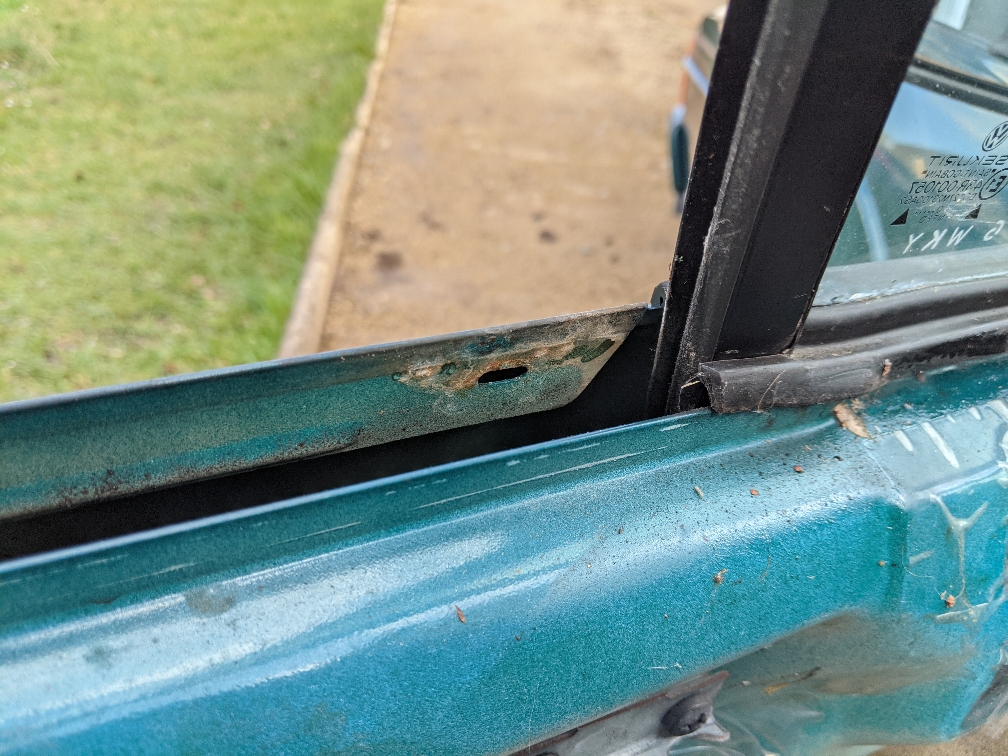 Another job ticked off, I guess it should all be done before the summer?

It's got to be MOTd by mid April as I need it off the drive for a few days.

Luckily got a couple of weeks off coming up so as long as the weather behaves it won't take long..

..said anyone whoever did any car work.

Same colour as my GT2, brilliant colour. For the door membrane I used a visqueen type of plastic, cut it to suit.

You can buy the butyl seal on a roll from eBay . Looks like a roll/ wheel of liquorice. Using this allows you to remove the membrane again without renewing the seal. Just warm it with an hair dryer to make it easier to work with.

C 20 CCO wrote:Same colour as my GT2, brilliant colour. For the door membrane I used a visqueen type of plastic, cut it to suit.

You can buy the butyl seal on a roll from eBay . Looks like a roll/ wheel of liquorice. Using this allows you to remove the membrane again without renewing the seal. Just warm it with an hair dryer to make it easier to work with.

Got a roll ready to go and 2 x 2m x 1m sheets as I'll redo the drivers side too as I expect it'll be the same mess underneath. Got the door outer scraper to replace that side and the door panel cloth section has detached like the passenger side so that's another job!

More suspension painting, the rear spring top caps are frankly terrible compared to original items, as the pics show they can't even be bothered to paint all of it.

Restocked my paint stuff and sticking a coat of Zinga on first - it's a very good primer as it performs to nearly the same level as dip galvanized parts and is chemically bonded to the metal. I'll stick some random costs of other cans of paint I have left over prior to a couple of top coats in chassis satin black again. 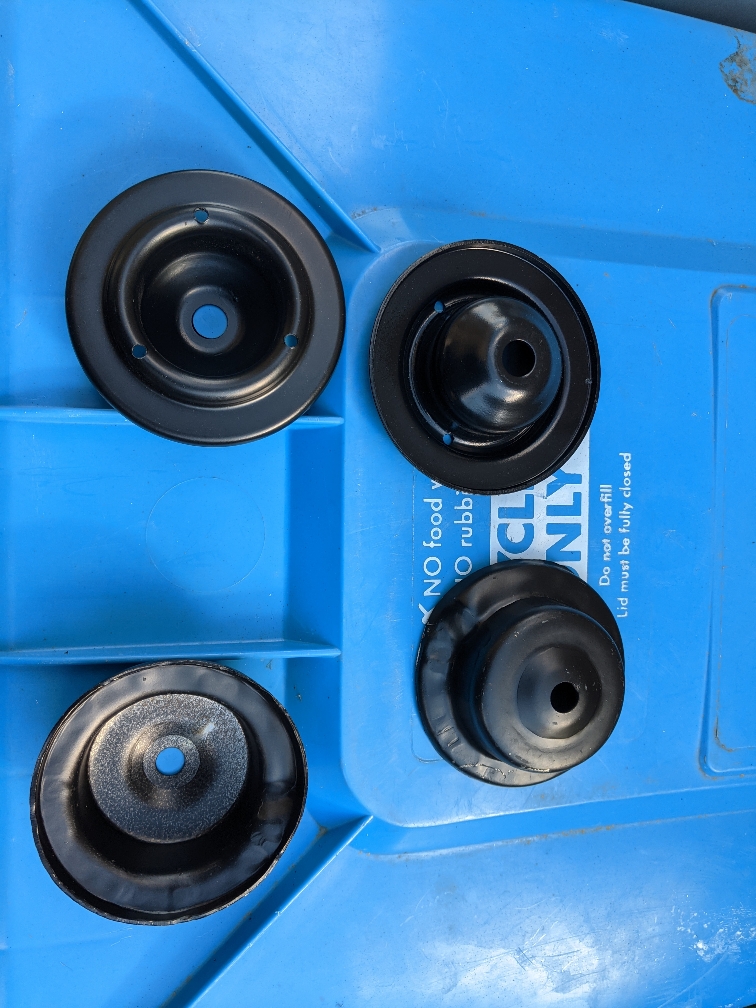 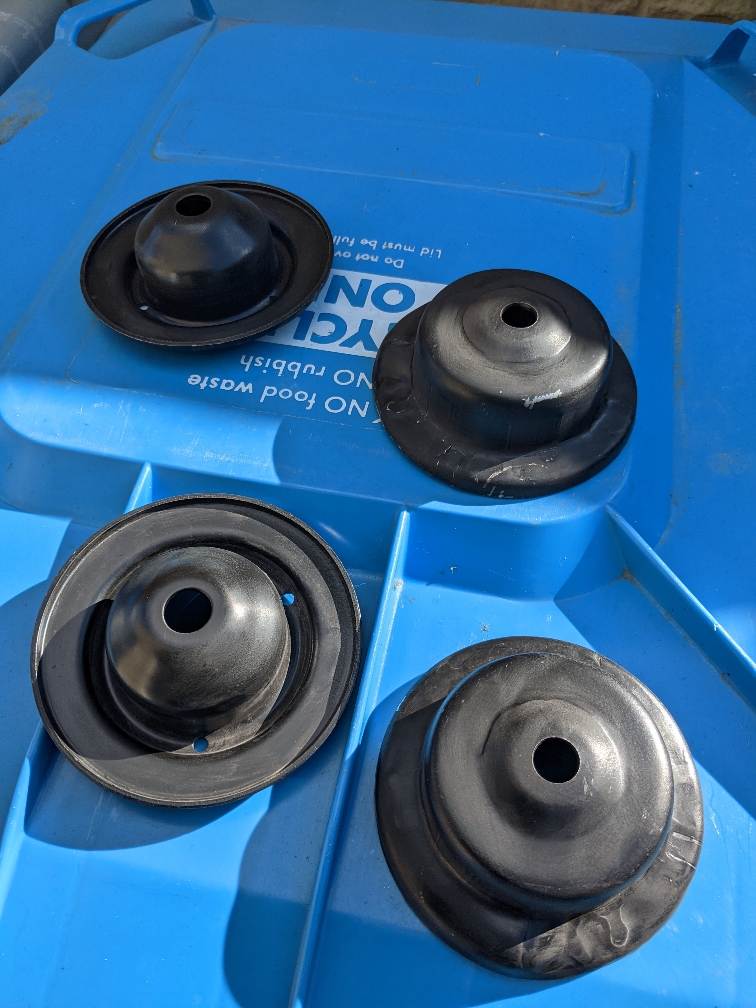 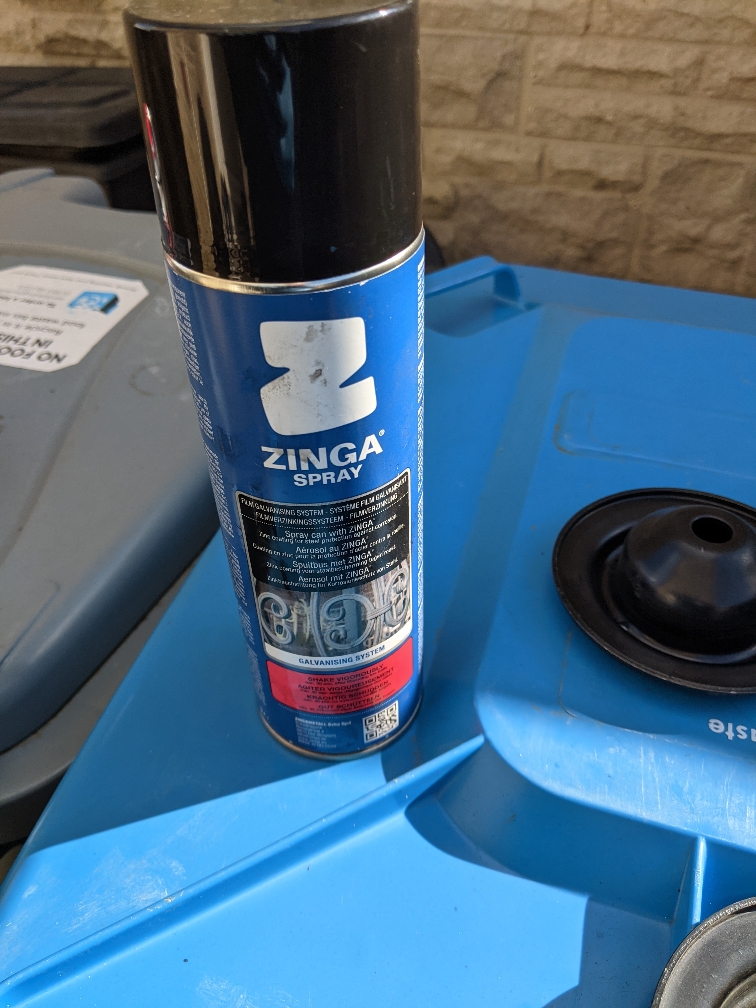 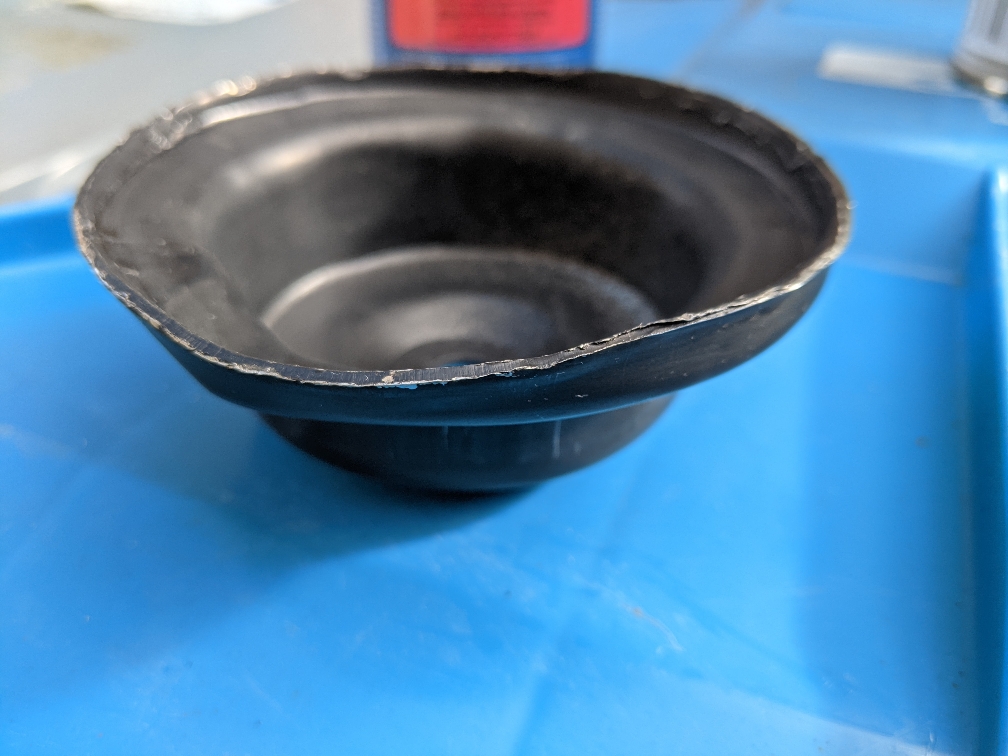 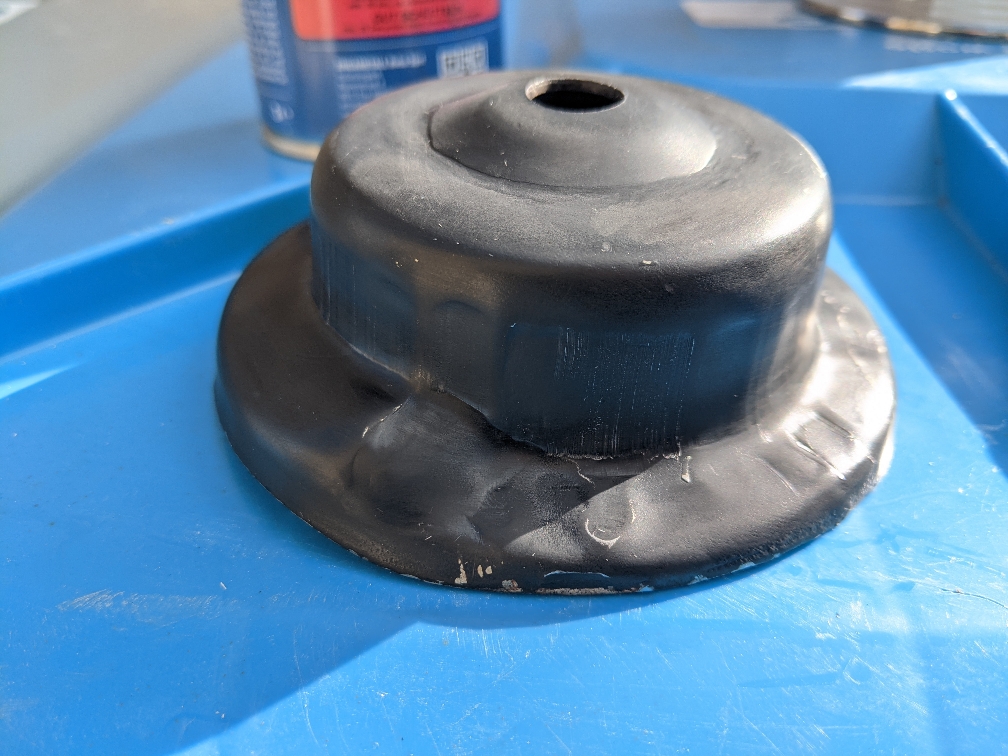 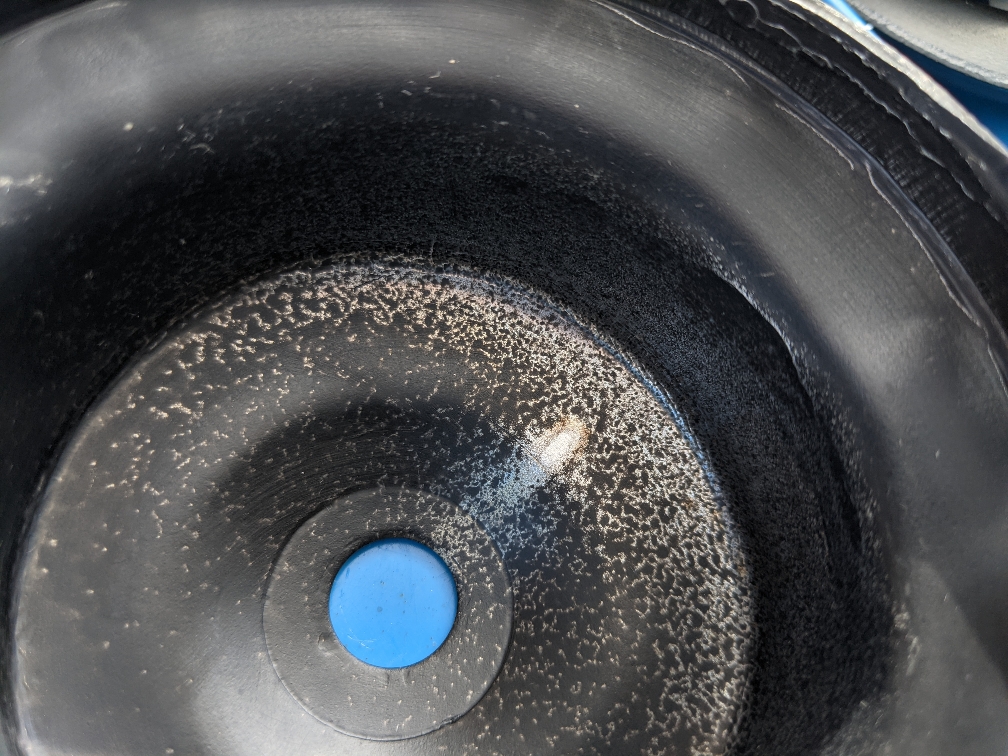 Also got the passenger door card back in complete with partial replacement of the the door membrane - top part was still good so didn't want to break into it.

Everything has been cleaned in terms of plastics and treated with Aerospace protection plastic spray - 30 years of accumulated gunk from the inner window channel was pretty bad. 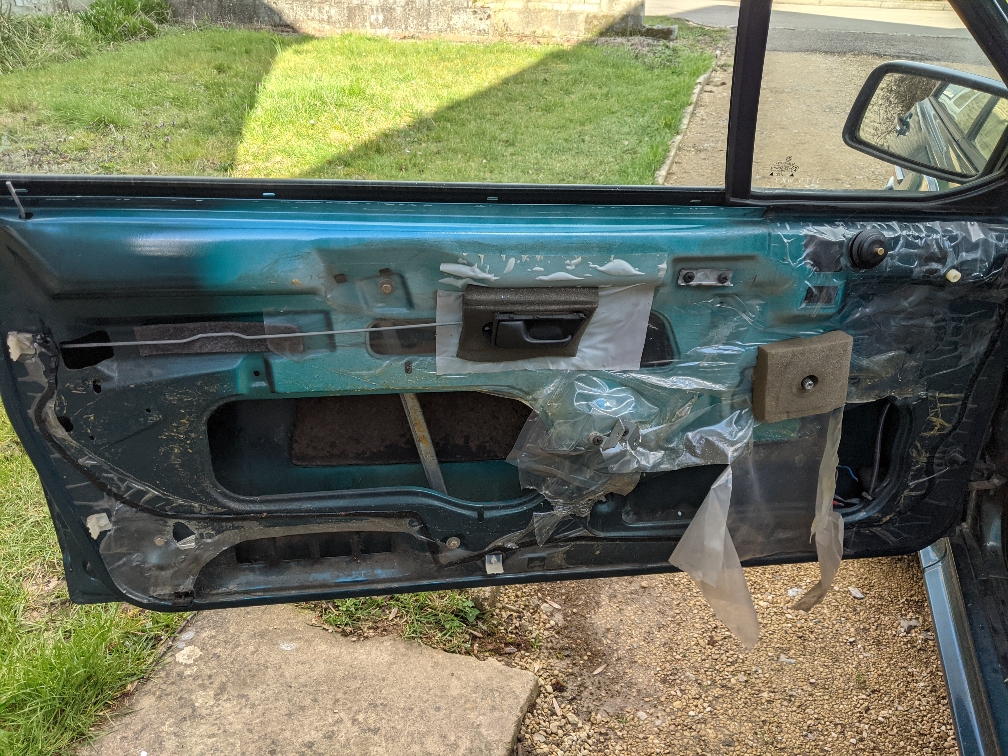 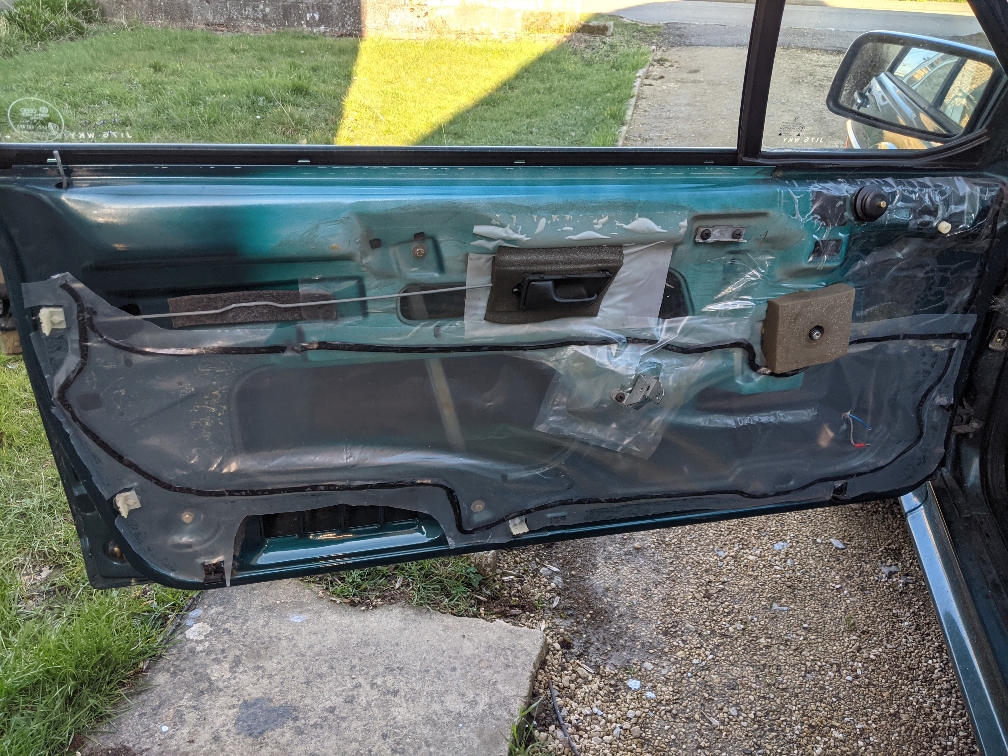 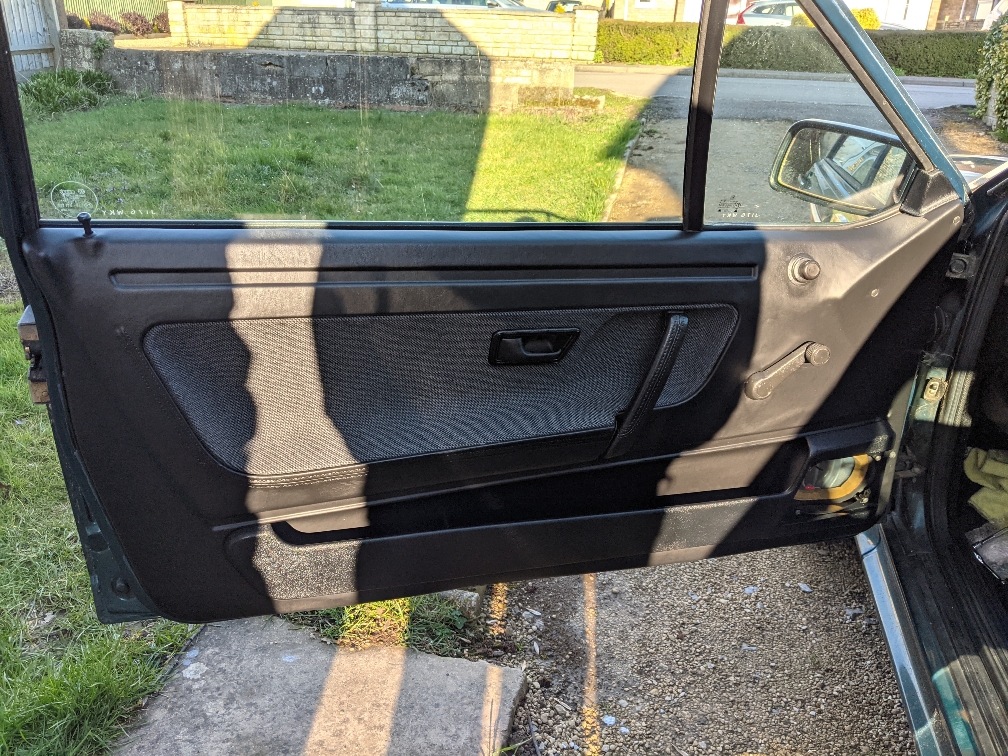 Scirocco is easy to work on, makes the job 10 times better. I suspect a lot of membranes will be damaged over time. Better to check and keep the card from rotting out.... looks good
matey.

More randomish jobs completed today and I have a couple of weeks of work so hopefully get most of it done!

Oil and filter changed alongside spark plugs and fuel filter - K&N panel filter in the airbox so that doesn't need doing. For some reason whoever last changed the fuel filter used the sealing washers that are metal around the outside with a bonded rubber ring - it wasn't sat properly and was only a matter of time before it started leaking.

Refitted the crank damper and water pump pulley so I could get the new V belt on, used A4 stainless caphead bolts instead of the usual stuff with plenty of threadlock and some spring washers to hold them in place.

Started fine post that work although it's always idled too high, cue a fight with the dizzy so I could tweak the timing after repainting the 6 Deg BTDC mark on the flywheel as I didn't trust the random paint mark someone else had put on it. Idle trimmed back to about 800 rpm indicated when warm although my crusty old Gibson gas tester reported 850 rpm instead, CO2 looks good at around 1.5% which is at the top end and I'd like to get it down a touch as it does smell a little rich.

It's now running a lot smoother than before and I'm convinced the timing wasn't correct coupled with a high idle making it sound a bit rubbish.

Usual day of painting odds and ends, still getting coats in the front and rear spring caps and the last coat of petal green has gone on the repair around the rear number plate lights.

Weirdly the rev counter died for a bit when I was trying to shift the dizzy but it's working again now so going to ignore it for now!

Engine bay still needs a really good clean through and no 2 was a little oily compared to the rest.

Lots of little bits of rust in the engine area and under the bonnet, I'll tackle those when she is road legal and it's warmed up a bit more as I don't want to leave them for another winter. 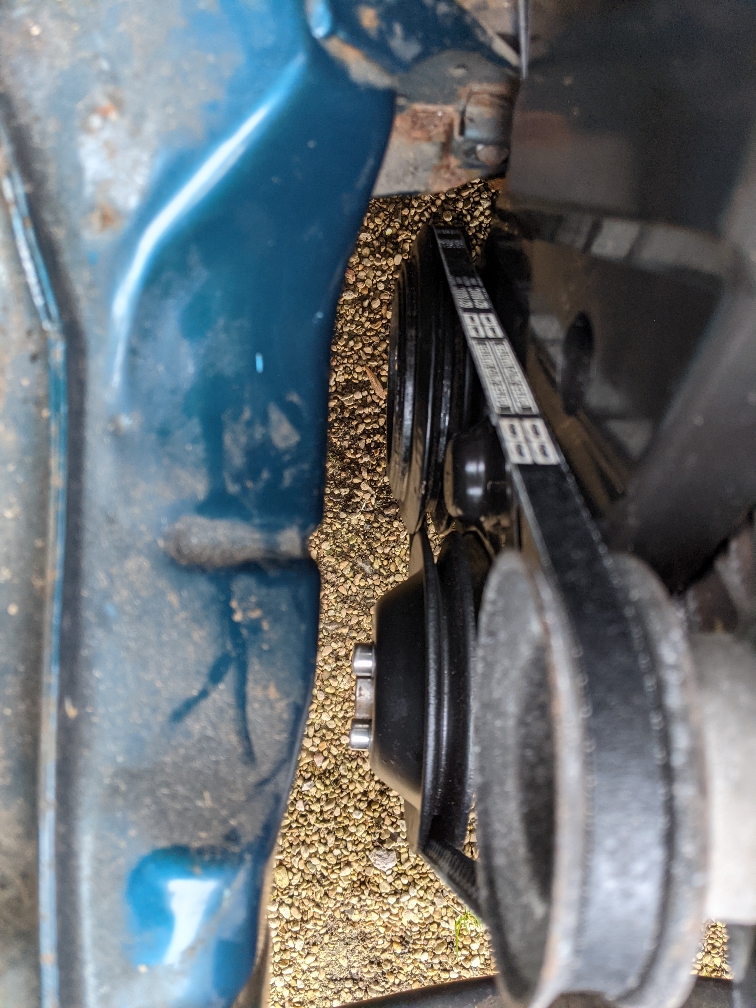 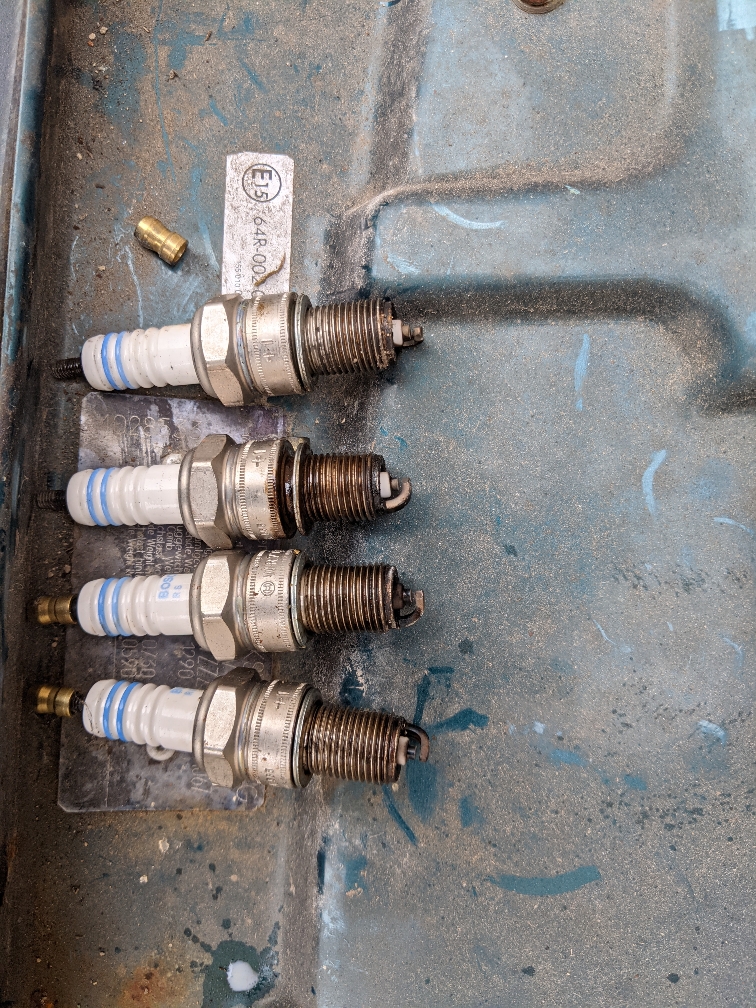 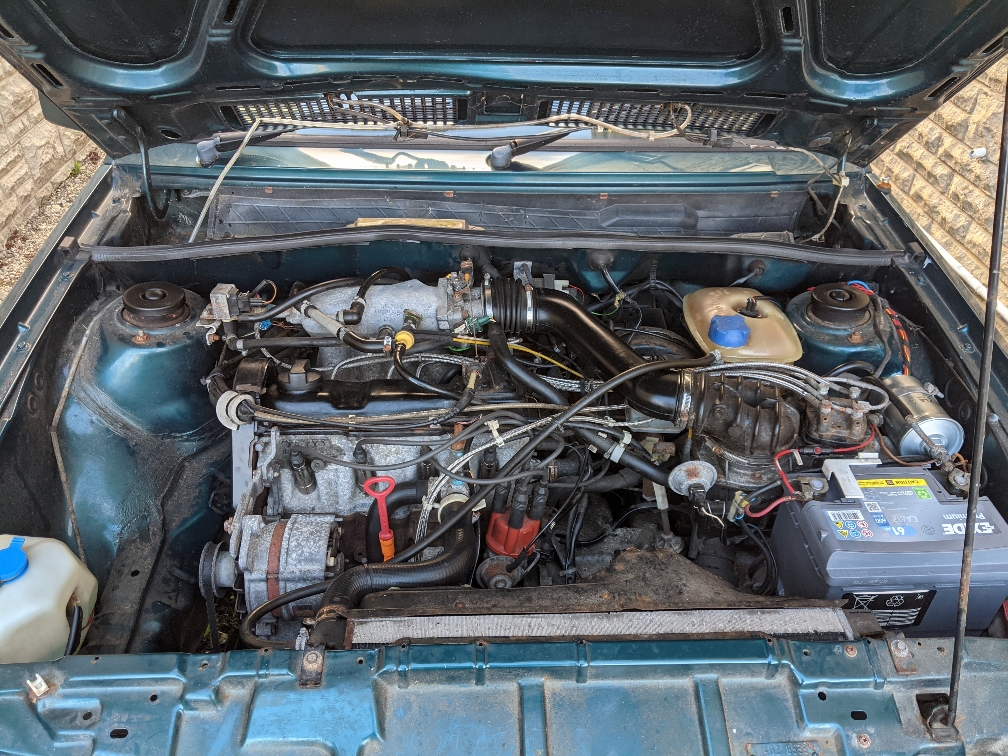 What type of fuel are you using, super or normal unleaded?
They run best on super unleaded, you will need to retard the timing if using normal unleaded.

I would try and straighten up your clutch cable at the gearbox end, it should be going straight down to the clutch lever on the gearbox, your seems to be at a slight angle, if you are not careful the cable can catch on the gearbox housing and start to saw it’s way through the gearbox.

Keep the updates and pictures coming

Some good info there, I have a new clutch cable to go in just waiting on the gearbox end fitting kit and re-aligning it all was on the list. New accelerator cable too as that looks way past it's best but again still waiting on the remains of a Heritage order from back in January.

Fuel won't currently be great, it's been sat for over 4 years but I'll run it on super as the k-jet stuff is happiest with that - Corrado definitely ran better when it was still just a k-jet powered 16v.